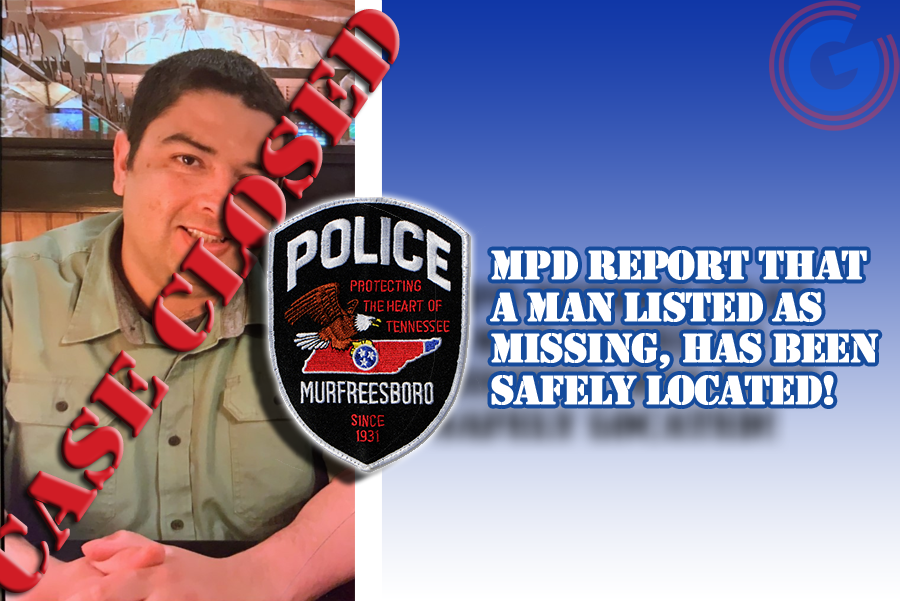 (MURFREESBORO)  Police are no longer seeking the help of the public in locating a missing 29-year-old man who has since been found.

Andrew Holt was reported as "Missing" on Sunday, the 2nd of August. MPD told the media that the man was last seen in the 2200 block of Cason Lane wearing large black headphones, a black shirt, camouflage shorts and black shoes.

ADVERTISEMENT
Since that time, police confirmed that the man was safely located. The missing person case is now closed.