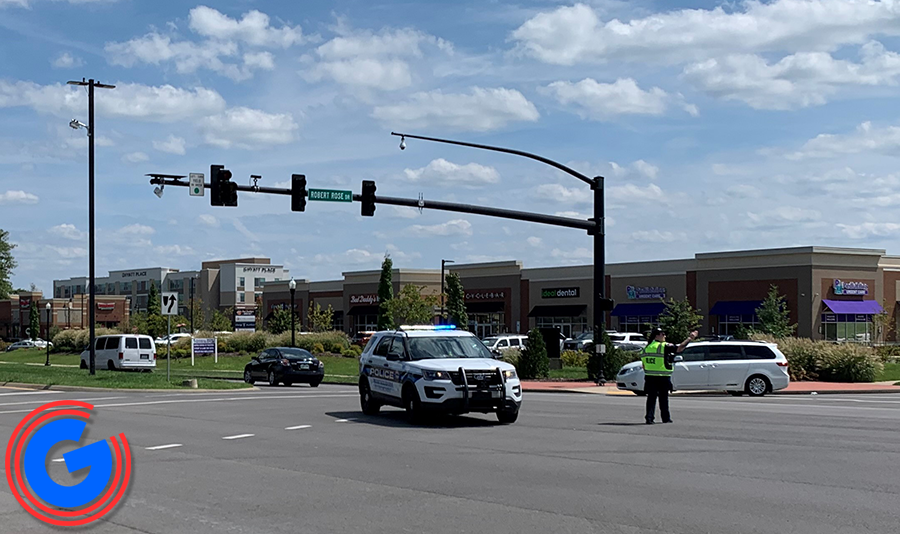 MURFREESBORO, Tenn. (September 3, 2021) – Murfreesboro Police Department officers are searching for the driver of a black Mercedes that was involved in a hit-and-run crash. The crash caused a power outage to thousands of residents and businesses on Friday, Sept. 3.

The Mercedes struck a white GMC 2500 work truck and then hit a guy wire and damage a TVA transmission pole and equipment on Boyd Dr. near Tabitha St. around 11:15 a.m. The crash resulted in a widespread power outage in the Blackman and Gateway areas.

The damaged car left the scene of the crash.

Dozens of MPD officers directed traffic at multiple intersections because of the outage. The traffic signals along Medical Center Pkwy., and Old Fort Pkwy. were out for hours while TVA and Middle Tennessee Electric worked to restore power.

If you see the damaged black Mercedes or know the driver, contact our non-emergency number at 615- 893-1311 or email tips to crimetips@murfreesborotn.gov.