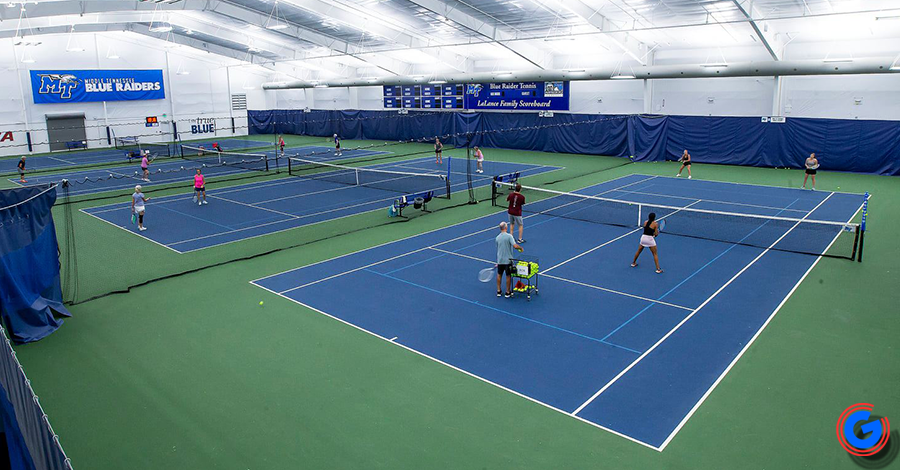 Above: Interior photo of Adams Tennis Complex in Murfreesboro

The annual tennis championships in Murfreesboro will take place at the Adam's Tennis Complex in Old Fort Park later this month. Melinda Tate with the Parks and Rec Department told WGNS NEWS...

The tournament is a non-sanctioned event and it's open to all current or former residents of Rutherford County.

Scroll down for more information on the tennis championships...

In Murfreesboro, the matches are held at the 70-thousand square foot Adams Tennis Complex that features 8-indoor courts and at least 10-outdoor courts. The top notch facility opened in 2015 as a joint partnership between the City of Murfreesboro, MTSU and the Christy-Houston Foundation. It is the official home to the Blue Raider Tennis Program.