COMMENTARY: History Learned and History that Failed to Sink-In 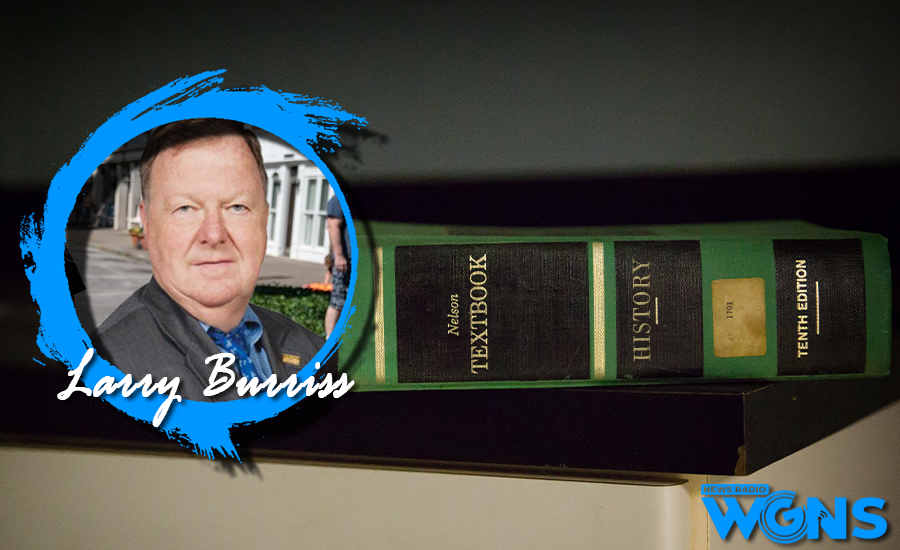 Opinion: The lessons we learn in history, or perhaps the lessons we fail to learn throughout history... Either way, MTSU Professor Larry Burriss has his thoughts on this topic in today's commentary...

ADVERTISEMENT
Verbatim of Above Audio: It was either Winston Churchill or George Santayana, depending on who you ask, who talked about the dangers of failing to learn the lessons of history. Or maybe it was both of them.

And that got me to thinking about a highly acclaimed television news series, “CBS Reports.” The series won numerous awards in the 1960s and 70s, but what does that have to do with current events?

Well, there was “Harvest of Shame,” a program spotlighting the plight of migrant workers in America. The network ran the program the day after Thanksgiving, 1960, so that, in the words of producer David Lowe, it would shock America to see how most of the food they had eaten the day before came from laborers who were little more slaves.

In fact, one of the farm owners said they used to own slaves, now they just rented them.

In “The Poisoned Air,” reporter Daniel Schorr examined the causes and effects of air pollution, in 1966, some 55 years ago. The Peabody Special Award citation noted the program clearly demonstrated “this problem is not insoluble with intelligent, cooperative effort.” Sounds familiar, doesn’t it?

In 1971 the program won another series of awards for “The Selling of the Pentagon,” which detailed perception management efforts through various military public affairs activities.

To hear both Fox News and CNN tell it, the Pentagon, and White House, are still engaged in massive perception management activities. About the only agreement they have is that the American public suffers because of such activities.

So compelling was the program CBS ran it twice, the second time followed by a rebuttal by vice president Spiro Agnew and defense secretary Melvin Laird.

A 1982 report, “The Uncounted Enemy,” reviewed problems with what was called the “body count” in Vietnam. Even today, we are asking, just how accurate are those casualty counts we see from around the world today.

There is another saying, “There is nothing new under the sun.” Including 50-year-old problems with no apparent solutions.

Larry Burriss, MTSU professor of journalism, teaches introductory and media law courses. At the graduate level he teaches quantitative research methods and media law. He holds degrees from The Ohio State University (B.A. in broadcast journalism, M.A. in journalism), the University of Oklahoma (M.A. in human relations), Ohio University (Ph.D. in journalism) and Concord Law School (J.D.). He has worked in print and broadcast news and public relations, and has published extensively in both academic and popular publications. He has won first place in the Tennessee Associated Press Radio Contest nine times. Dr. Burriss' publications and presentations include studies of presidential press conferences, NASA photography, radio news, legal issues related to adolescent use of social networking sites, legal research, and Middle Earth.

Dr. Burriss has served as director of the School of Journalism, dean of the College of Mass Communication and president of the MTSU Faculty Senate. He was appointed by Gov. Phil Bredesen to serve on the Tennessee Board of Regents. He was a lieutenant colonel in the U.S. Air Force and served on active duty in Mali, Somalia, Bosnia, Central America, Europe and the Pentagon.
Tags: audio commentary Larry Burriss listen MTSU news op-ed opinion WGNS
Sections: News