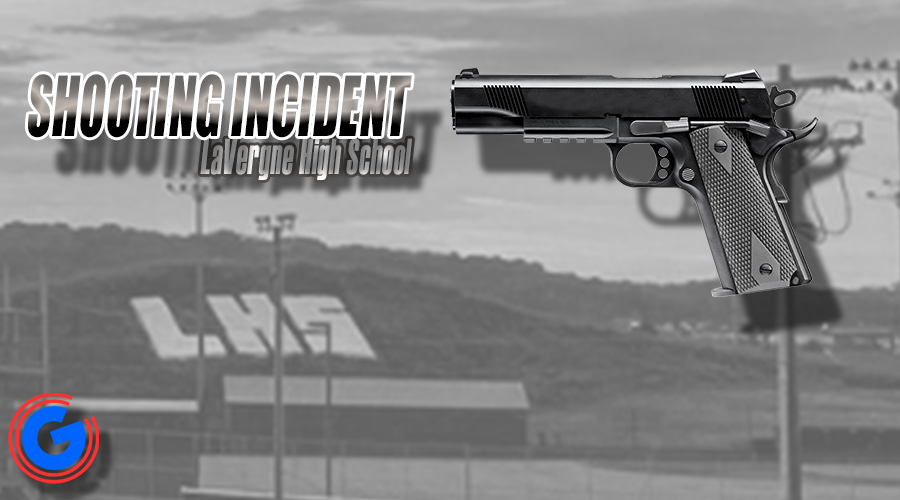 There was a shooting incident outside of a Rutherford County School on Tuesday afternoon.

The Rutherford County Sheriff's Office told WGNS NEWS there were no injuries reported when a 15-year-old boy allegedly fired several rounds while standing on a sidewalk off campus toward La Vergne High School.

ADVERTISEMENT
“He shot three rounds into the parking lot at dismissal,” said Detective Jamin Humphress. “There were a number of children in the parking lot. One vehicle was hit in the school parking lot but no one was struck.”

La Vergne Police received a tip the two individuals were spotted in a nearby area. One of the officers spotted a vehicle matching the description of the suspects’ vehicle and pulled them over. They were arrested.

Detective Richard Brinkley is charging the juvenile with reckless endangerment. La Vergne Police are charging adult suspect Damondre Hayes, 18, of Smyrna and the 15-year-old La Vergne boy with possession of a weapon.

The motive and any connection of the suspects to the school are still under investigation.

As a precaution, extra school resource officers will be at the school Wednesday.

Both La Vergne Police and the Sheriff’s Office are investigating.

“We thank La Vergne Police for all their hard work,” Humphress said.

Director of Schools Bill Spurlock said, “We appreciate the swift action of the sheriff’s deputies and La Vergne police to apprehend this juvenile and to keep our campus safe.”