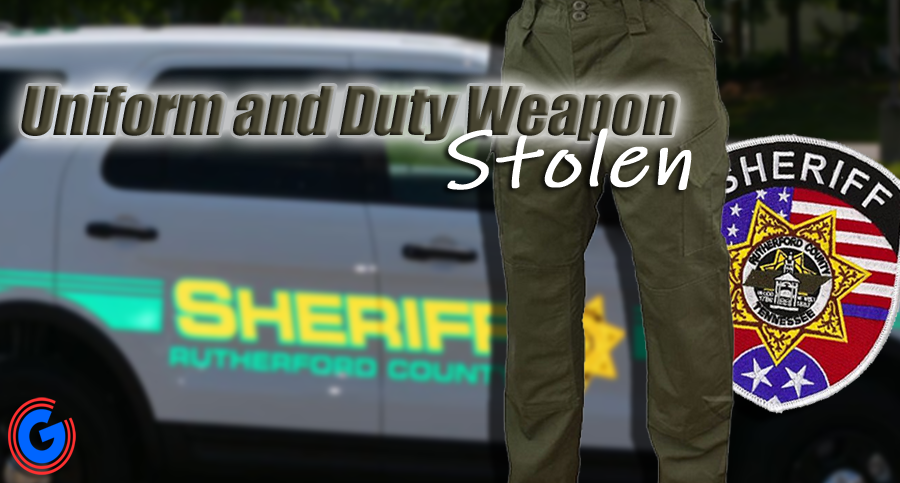 Burglars stole a Rutherford County Sheriff’s Office transport deputy’s duty weapon and his uniform when he was off duty. The Sheriff’s Office reports the theft occurred on Labor Day weekend.

Evidently, the items were left in his personal car, which was parked at an Antioch residence.

ADVERTISEMENT
The Sheriff’s Office told WGNS News that the uniform is described as a green utility uniform.

Can you help the Sheriff's Office?

If you have any information on the theft, or know of anyone trying to sell what appears to be a Sheriff’s Deputy uniform and duty weapon, please contact Sheriff’s Detective Will Pinson at 615-904-3056 and leave a message.