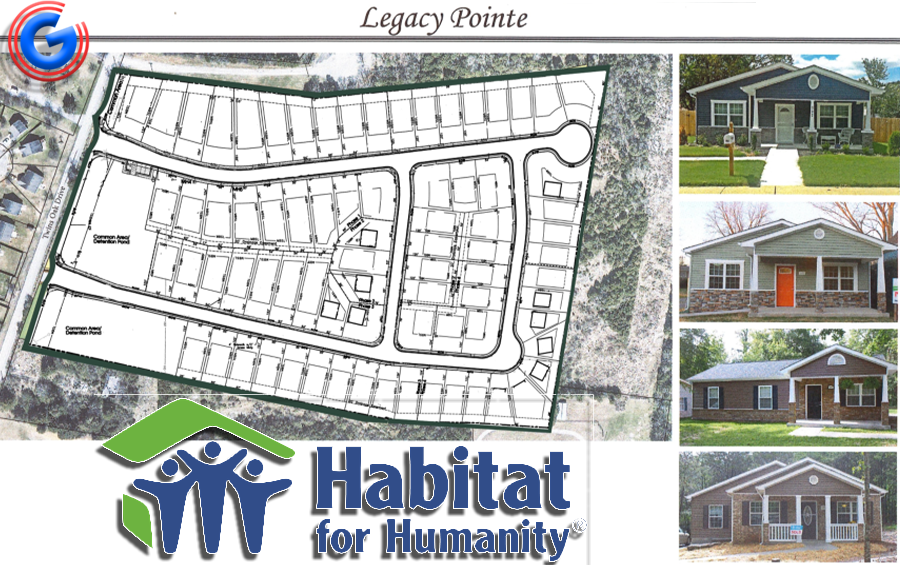 The new Legacy Pointe neighborhood by Habitat for Humanity

Murfreesboro, TN – Supporters of Rutherford County Area Habitat for Humanity will take to the streets THIS Saturday (September 18th) for the 13th Annual Hammer Down for Habitat Poker Run. This year’s event now includes a 26-mile Marathon Relay Run, in addition to the 95-mile poker run for motorcycles and cars. The theme is Ride, Drive, Run for Habitat for Humanity.

Nissan USA is the Presenting sponsor this year and will have several cars at the event for people to explore. Chevrolet-Buick-GMC of Murfreesboro is a Platinum sponsor and will also have some special cars at the event. Zaxby’s is providing boxed lunches and Bridgestone will provide prizes and goodies.

Proceeds from Hammer Down will go towards building affordable housing for area residents at Habitat’s Legacy Pointe subdivision in Murfreesboro.

This is an exciting event where 100+ motorcycles and cars start at the Habitat ReStore at 850 Mercury Blvd, in Murfreesboro at 8:30 am, and “run” a scenic 95-mile route through Middle Tennessee, ending back in Murfreesboro for lunch and entertainment at Hop Springs Beer Park on John Bragg Highway. Runners will start at 7:00 am and complete their Marathon Relay in time for lunch and event activities.

The ride will start at Habitat for Humanity in Murfreesboro at 850 Mercury Boulevard. Registration will begin at 8AM sharp and participants in the drive will head out around 8:30AM. 12 Noon will be the time that most of the drivers and riders arrive at the Hop Springs Beer Park (6670 John Bragg Highway, Murfreesboro).

Poker Run: the run route will be from Habitat for Humanity on Mercury Blvd to Chapel Hill, Columbia, Arrington Vineyard and then back to Murfreesboro and Hop Springs Beer Park. Motorcycle riders and car drivers will get a “poker hand” at the beginning and pick up additional cards along the route – all for poker hand prizes.

Marathon Relay Run: This new addition to Hammer Down is presented by Redeemed Runners and will start at 6:30 am at Habitat for Humanity on Mercury Blvd and then run in the Hop Springs area.

Cost: $35 for each rider/driver/runner, $25 for each passenger and $15 for those just coming to the event at Hop Springs, which includes lunch and entertainment.

Entertainment: Unfinished Business, country and southern rock for all ages.