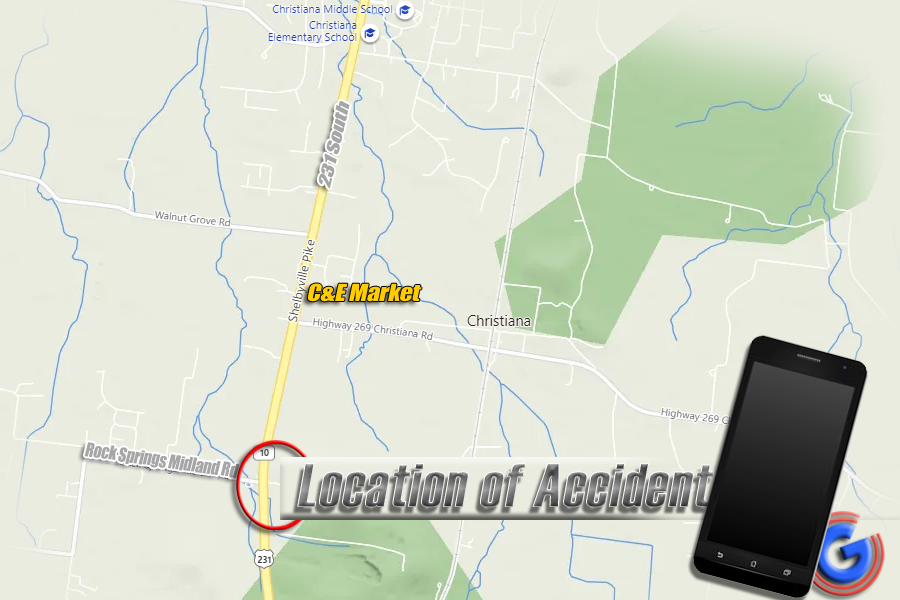 WGNS has an update to an accident that was reported on Thursday morning in Christiana.

The driver of a Dodge sedan was coming from the Murfreesboro area and traveling towards Shelbyville on 231 South when he rear-ended a semi-truck around 8:30 in the morning. The crash occurred near Rock Springs Midland Road.

A report filed by the Tennessee Highway Patrol showed the driver of the small sedan told troopers he briefly looked down to hang up a phone call when he inadvertently changed lanes. It was during that misguided lane change that resulted in a collision with the rear-end of a Kenworth semi-truck.

One State Trooper told WGNS that the sedan was loaded with clothing that was apparently thrown from the car and into the highway, which may have given the appearance to passing motorists that the car wreck was much worse than what it was.

While the driver of the sedan was not critically injured, he was indeed injured. His passenger also sustained non-life threatening injuries in the accident on Thursday.

The rear-end collision that occurred on Thursday morning appeared to have been caused by a driver ending a call on his phone, according to a THP report.