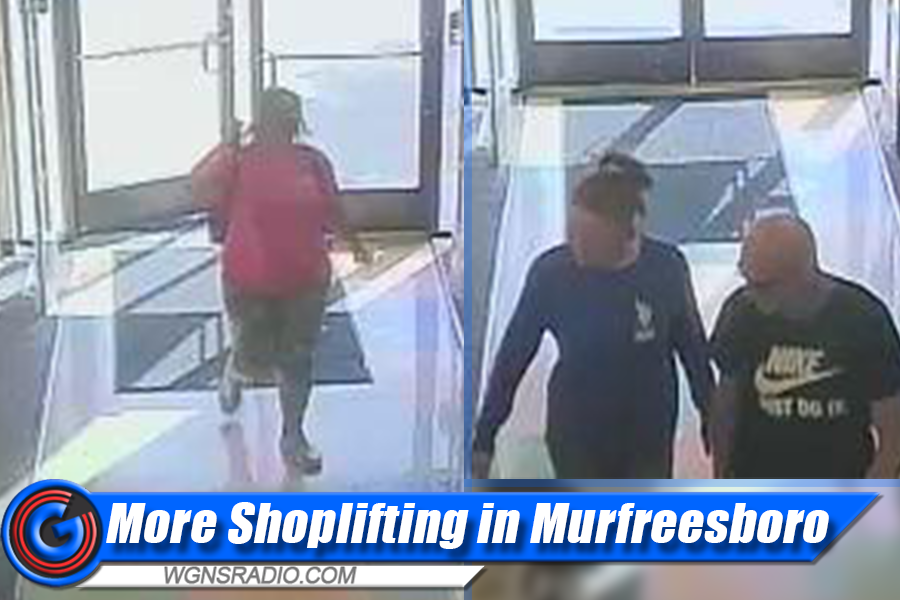 The Murfreesboro Police Department has issued a “Be On The Lookout” for three subjects believed to have been involved in a recent shoplifting incident.

Property Crimes detectives say that three individuals were involved in a reported theft on October 7th at the Old Fort Parkway Shoe Carnival.

Authorities report that a man and two women entered the store and carefully stashed $600 worth of shoes inside the local retailer. After about 30-minutes had passed, the man and one woman returned to grab the hidden merchandise. After retrieving the shoes, they left Shoe Carnival with the items in tow.

Leaving the scene in what looked to be a silver colored 2003 Nissan Altima, the alleged thieves got-away.


Scroll down if you can help Murfreesboro Police...

Can You Help Police

Police ask that if you can assist in identifying the individuals, please contact MPD Detective David Miller at 629-201-5662 or email your tips to crimetips@murfreesborotn.gov.