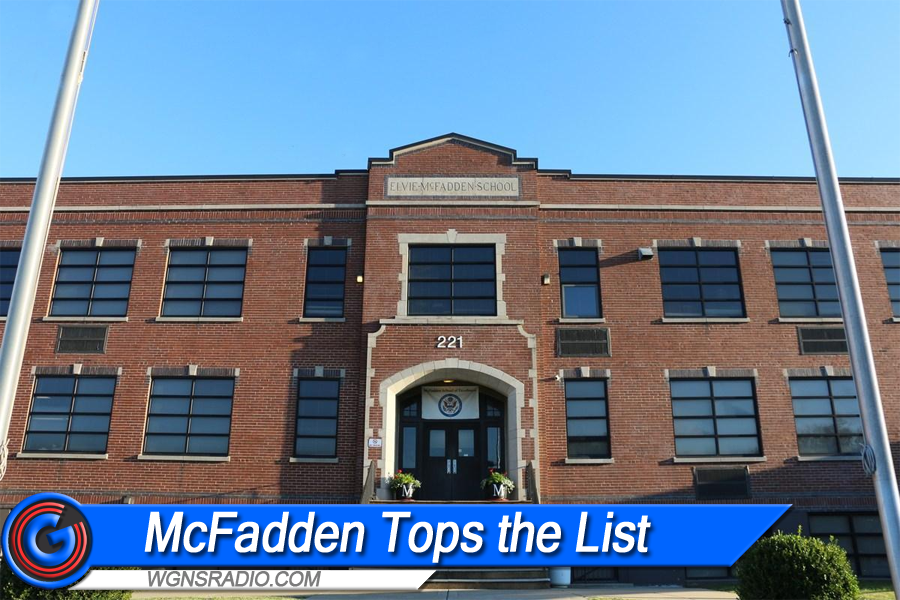 Dr. Clark Blair was scrolling through his Twitter feed Monday morning when he saw a Tweet from U.S. News & World Report.

The message contained a link announcing their first-ever “Best K-8 Schools” rankings of public elementary and middle schools. A few clicks later and Blair, the principal of McFadden School of Excellence, saw they were the No. 1 ranked elementary school in the state of Tennessee.

ADVERTISEMENT
McFadden was ranked No. 1 in math proficiency and tied for No. 1 in reading proficiency.

“It’s never our goal,” Blair said. “We don’t ever talk about trying to be No. 1 in anything. … I talked about it today in our announcements, ‘Just be the best you can be today.’”

He often tells educators and students alike to let the scores take care of themselves.

That said, a No. 1 ranking by U.S. News coupled with a No. 1 ranking from schooldigger.com, “justifies the fact that we tell kids to try to fail, try to do something that’s difficult and … focus on what you’re doing today, and the end result will take care of itself.”

Blair added, “It’s a reflection of what we’re trying to do.”

“It is nice to see McFadden receive the recognition they deserve,” said Dr. John Ash, longtime principal at Central. “We have always known that they do an excellent job preparing students.”

Rutherford County, which is identified as a mid-size city, is no stranger to being atop the rankings by the U.S. News & World Report.

In recent years, Central Magnet School has been the No. 1 ranked high school in the state of Tennessee. With McFadden serving as a primary feeder program for Central, the school is positioned to maintain its statewide and national standing among the top performing high schools in the country.

Thurman Francis Arts Academy — another of the feeder schools for Central — was among the top five percent of the elementary and middle schools in Tennessee, according to U.S. News & World Report and the third-ranked school according to schooldigger.com.

“It is quite an honor to be recognized for the hard work put in by our students and teachers,” said Jeff McCann, principal at Thurman Francis. “It was a total team effort. However, we aren’t surprised. We feel our students routinely put in ‘top notch’ effort in their schoolwork and take a lot of pride in their success. (Our) teachers settle for nothing less than the best from each student and from each other. I am so proud that they are receiving much deserved recognition for their outstanding work.”

McCann added, “It is great they get to see the ‘fruits of their labor.’”