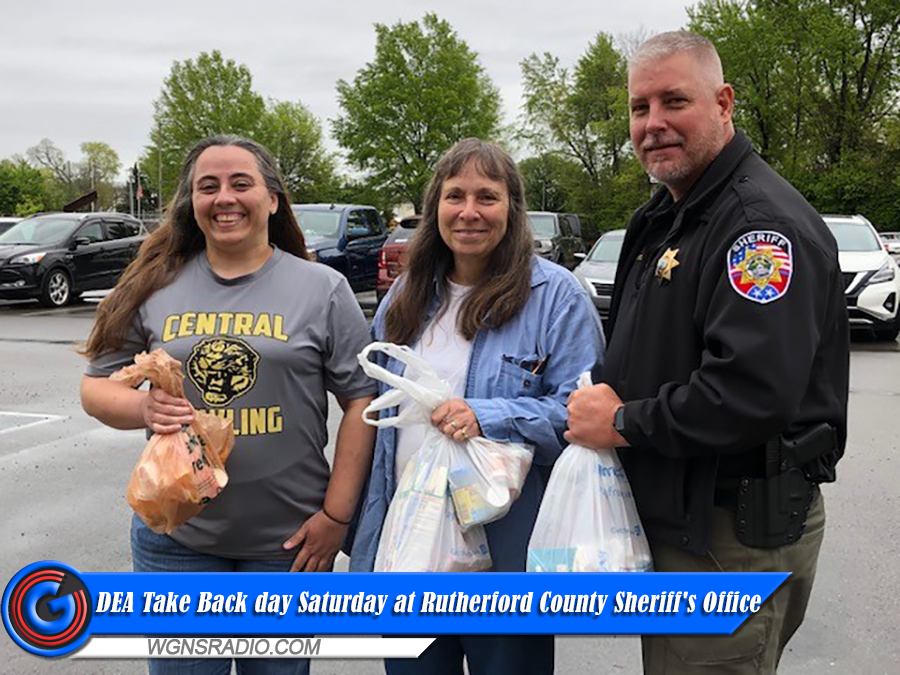 Rutherford County Sheriff’s Office will join the DEA in providing a place for people to get rid of the medications safely from 10 a.m. to 2 p.m., Saturday, Oct. 23 at the Sheriff’s Office at 940 New Salem Highway in Murfreesboro.

Sheriff’s Sgt. Robert Dowell and Cpl. Tom Bunch will collect the medications in front of the Sheriff’s Office’s main lobby.

Residents who cannot attend Saturday may drop off unused and expired medicine anytime at the bin just inside the Sheriff’s Office’s main entrance.

The survey also showed that a majority of misused prescription drugs were obtained from family and friends, often from the home medicine cabinet.