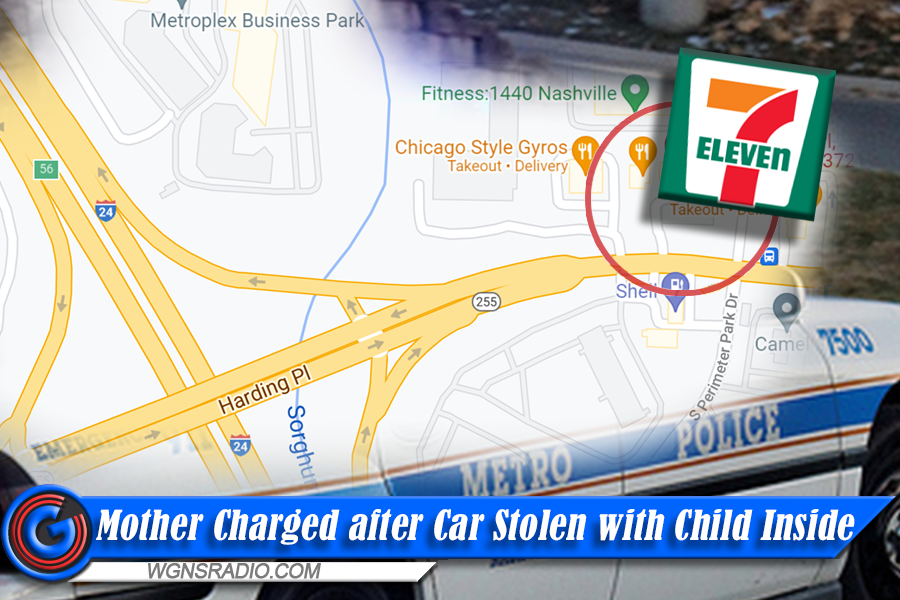 WGNS has an update to a story out of Davidson County that led authorities to issue a statewide Amber Alert on Tuesday (10/19/21).

ADVERTISEMENT
According to authorities, a 22-year-old woman left her car running and her child in the vehicle after making a quick stop at a gas station on Harding Place near I-24 in Nashville. When Zyaire Lewis exited the 7-Eleven, her car and child were gone!

An Amber Alert was issued for the 1-year-old boy as Metro Police flooded the area in search of the vehicle. Within about 15-minutes, the Honda Civic was located on Metroplex Drive and officers recovered the child. Police also confirmed the young boy was not injured.

Now, the mother of the child is being charged by citation with child endangerment.

Scroll down to learn about the culprit who stole the vehicle...

The suspect is described as a white male with short dark hair. Police told the media that the man appeared to be in his early to mid-30s. He has several neck tattoos and wore a dark green t-shirt, dark pants, and a baseball cap. He is approximately 5’8” tall with a thin build.