UPDATE: Growth in Murfreesboro and Beyond 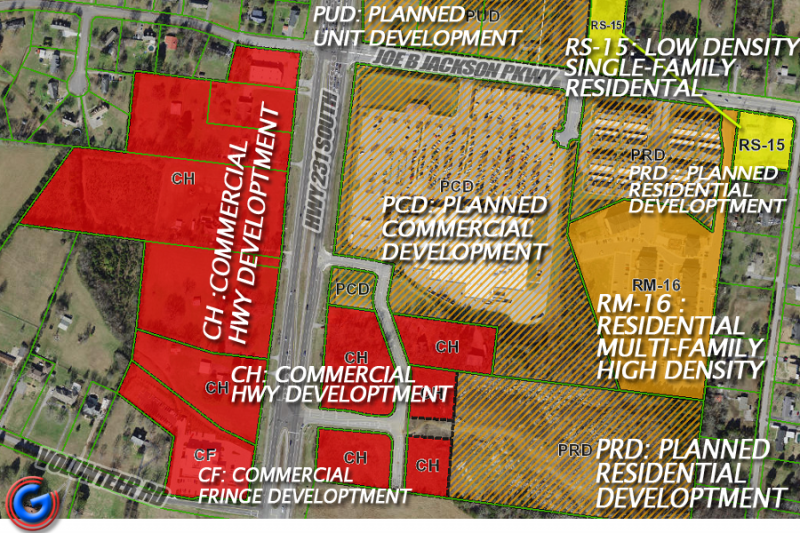 Above: Murfreesboro zoning in area of 231 South at Joe B. Jackson Parkway

The landscape continues to change atop Tiger Hill, also known as Marshall Knobs in Murfreesboro. While the peak of the hill remains unchanged for the most part, the foot of the hillside, along with the slope behind the Joe B. Jackson Parkway Walmart store, will look quite different over the next few months.

Murfreesboro Assistant City Manager Darren Gore talked about the future development behind the gas station that is currently being built along 231 South on the side of Tiger Hill.

On the other side of town, there have been rumors of a future development in the location of where Cummings Sign once stood on Thompson Lane near Broad Street. Gore said that he spoke with Murfreesboro’s Development Services Executive Director about that property…

Gore said the land could be rented to a company to use as a parking area for equipment, which would explain why listeners thought the land was being developed.

WGNS will work to keep you up to date on changes, big or small, in the Rutherford County area.