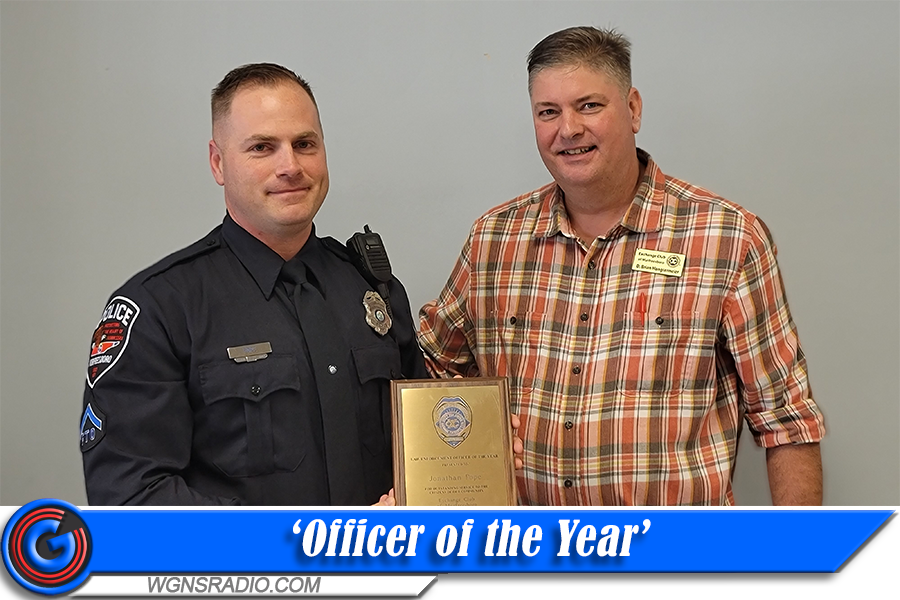 Exchange Club president Brian Hongsermeier presented Pope with the award at Through the Grapevine on Broadmor St. Wednesday, Oct. 20.

“It’s an honor to accept this award,” Pope said.

“Community service is the lifeline of The Exchange Club,” Hongsermeier said.  “The Program of Service of recognizing outstanding Law Enforcement Officers allows The Exchange Club of Murfreesboro to identify leaders in our community who accept the challenge of excellence in their position.”

Police Chief Michael Bowen and Captain Alan Smith were on hand as Pope received the award.

“The Murfreesboro Police Department is proud of Officer Pope’s dedication and hard work in serving the City of Murfreesboro,” Bowen said.  “He is well-deserving of this award.”

Pope was chosen by his supervisor because of his work ethic, leadership ability, and his consistency in setting an example for other officers.

He began his career with the MPD in August 2014 and is currently a field training officer on the midnight shift.  Pope also has 15 years’ military service in the United States Army where he was a drill sergeant.  He served in Kuwait and support of Operation Enduring Freedom.

“Part of my role as a police officer is spreading the love for people,” Pope said.  “That has helped me grow as a person and know who I want to be.”

About the Noon Exchange Club