Tennessee Gas Prices Fell 0.3-Cents Per Gallon this Past Week 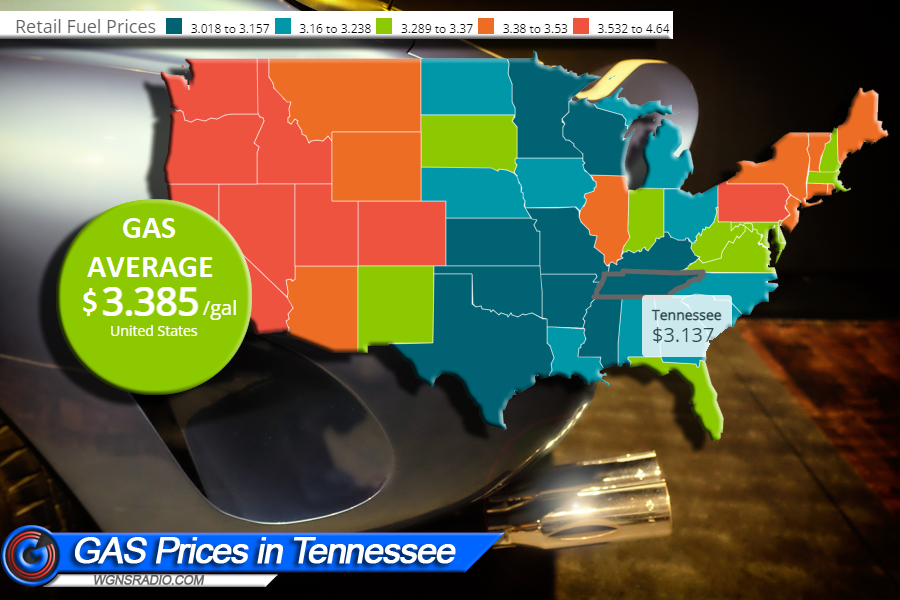 Scroll down for a 10-year look back at gas prices...

Historical gas prices in TN and the U.S. average going back 10-years:

"The jump in gas prices that started nearly a month ago is finally running out of steam for the time being, as oil prices have stabilized. Yet, some areas of California are still at or near all-time record highs for prices," said Patrick De Haan, head of petroleum analysis for GasBuddy. "While California's high prices will not become a nationwide norm, prices there will likely remain elevated due to refinery issues amidst the surge of rain and other refinery kinks. For most motorists, gas prices are likely to greatly slow their recent ascent, and we could even see some small declines in the week ahead. OPEC is planning to meet next week, and while it doesn't seem likely there will be any boost in oil output, its meeting and comments could easily drive the market up or down. The odds remain high that gas prices will remain near today's elevated levels going into the holidays, barring additional OPEC supply."

Source: GasBuddy is the authoritative voice for gas prices and the only source for station-level data spanning nearly two decades. Unlike AAA's once daily survey covering credit card transactions at 100,000 stations and the Lundberg Survey, updated once every two weeks based on 7,000 gas stations, GasBuddy's survey updates 288 times every day from the most diverse list of sources covering nearly 150,000 stations nationwide, the most comprehensive and up-to-date in the country. GasBuddy data is accessible at http://FuelInsights.GasBuddy.com.