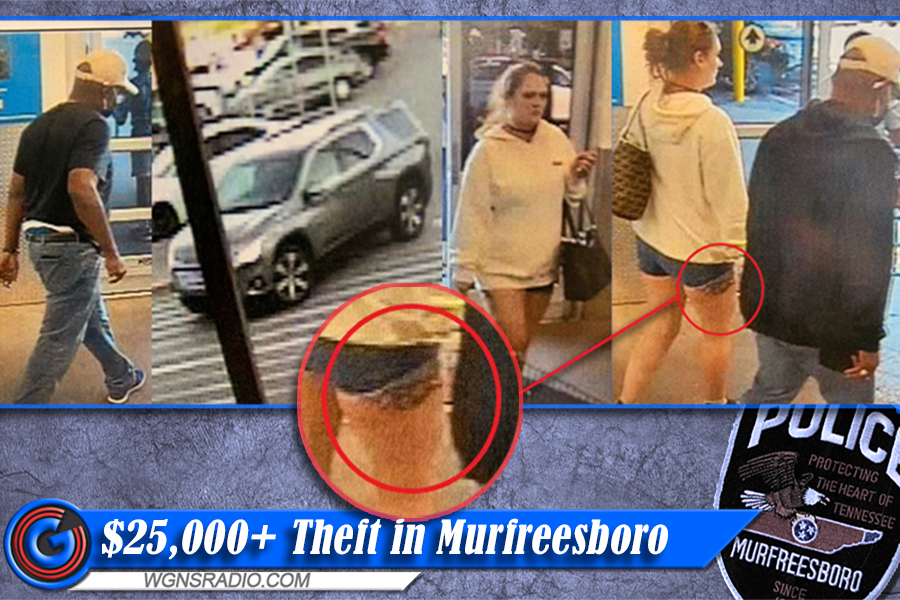 If you can help detectives identify this man, please contact Detective Jessica Rice at 629-201-5550.

Over $25-thousand in illegal credit card purchases were made at a store in Murfreesboro and now detectives are trying to track down the subject who used the card.

The purchases occurred after a man and a woman stole the victims wallet and then went on a spending spree. Police say the duo likely stole the wallet while eating at Cracker Barrel on South Church Street. Evidently, the thieves were sitting behind the victim and purposely bumped into the victims chair several times to distract her while rifling through the victims purse and taking her wallet.

Shortly after the theft, Detectives say the man and woman used the credit card to make purchases totaling $25,180.56 at Sam's Club on John R. Rice Blvd. The purchases were made on Oct. 3rd.


WGNS was told that the female subject is believed to have a tattoo on her right thigh. The couple was seen leaving the business in a gray SUV, but police did not release the make and model of the vehicle.

If you can help detectives identify this man, please contact Detective Jessica Rice at 629-201-5550.