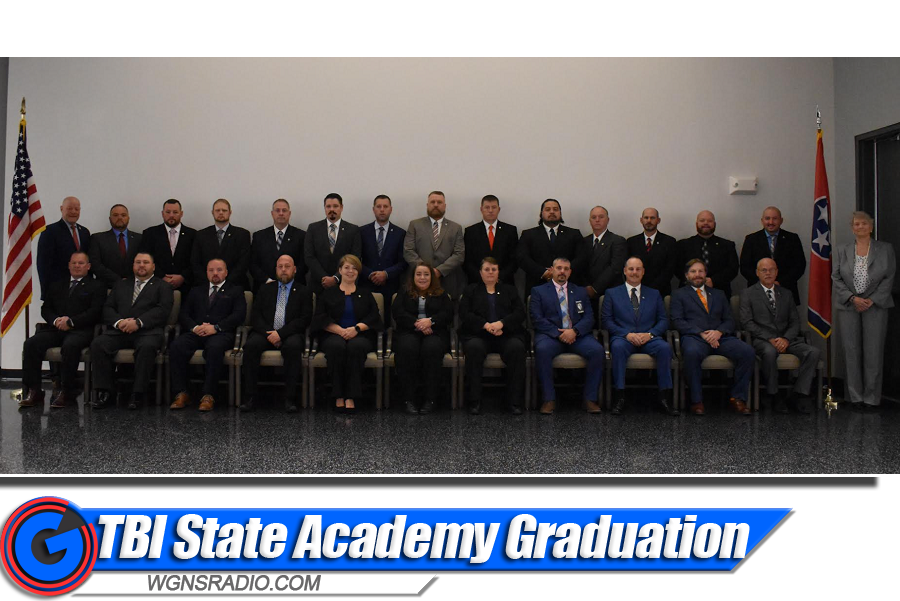 Two dozen Tennessee law enforcement officers have become the newest graduates of the TBI State Academy, built as a professional and specialized training ground for public safety professionals who want to expand their education and training in the criminal justice field.

Modeled after the FBI’s National Academy, the TBI State Academy includes specialized coursework in the areas of leadership, constitutional law, communications intelligence, and crime scene and undercover investigations. Throughout the four-week course, attended learned advanced investigative techniques, science, and strategy; skills they can take back with them and immediately put into practice at their home agencies.  Candidates were nominated by their department heads and were required to have five years of experience as a full-time commissioned officer of a Tennessee law enforcement agency.
ADVERTISEMENT

Each year, one student is honored with the prestigious Director’s Award. The officer selected for that award is the individual with the highest cumulative scores in academic tests, physical fitness, shooting competition, leadership presentation, and case presentation. This year’s recipient is Investigator Sam Davidson, from the Franklin County Sheriff’s Office.

The Academy runs four days a week for four weeks and is held at Tennessee Fire Service and Codes Enforcement Academy in Bell Buckle. This was the tenth class to graduate from the TBI State Academy.