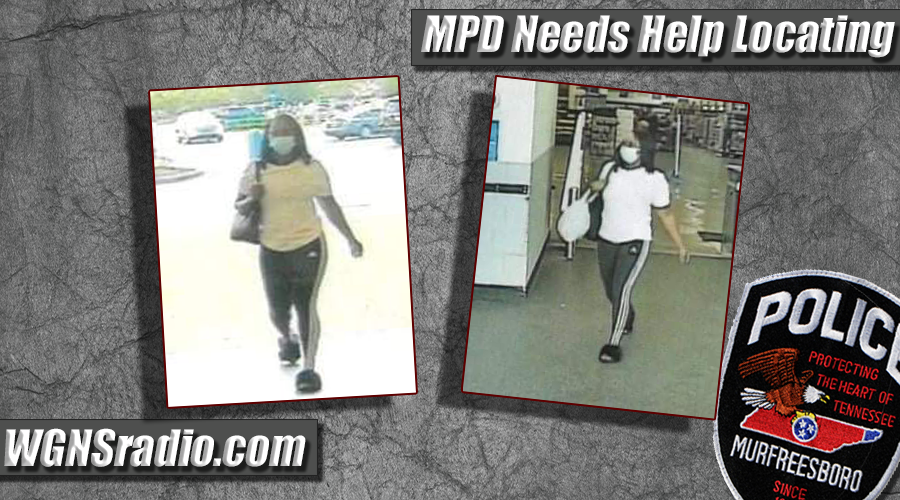 Murfreesboro Detectives need assistance identifying a woman wanted for questioning in regards to a theft of property/shoplifting case. The incident in question was reported at Walmart on Old Fort Parkway.  which took place at the Old Fort Pkwy. Walmart on October 12.

Police report that an Apple iPro 5, iPhone 11, and a Samsung Galaxy S6 were all stolen from Walmart on October 12th. The electronics were valued at $1,770.

ADVERTISEMENT
Authorities ask if you recognize the woman in the photo above this news story, to please contact MPD Detective Val Henriquez at 629-201-5616. You can also report information anonymously through Crime Stoppers on the P3 app or by calling 615-893-STOP (7867).