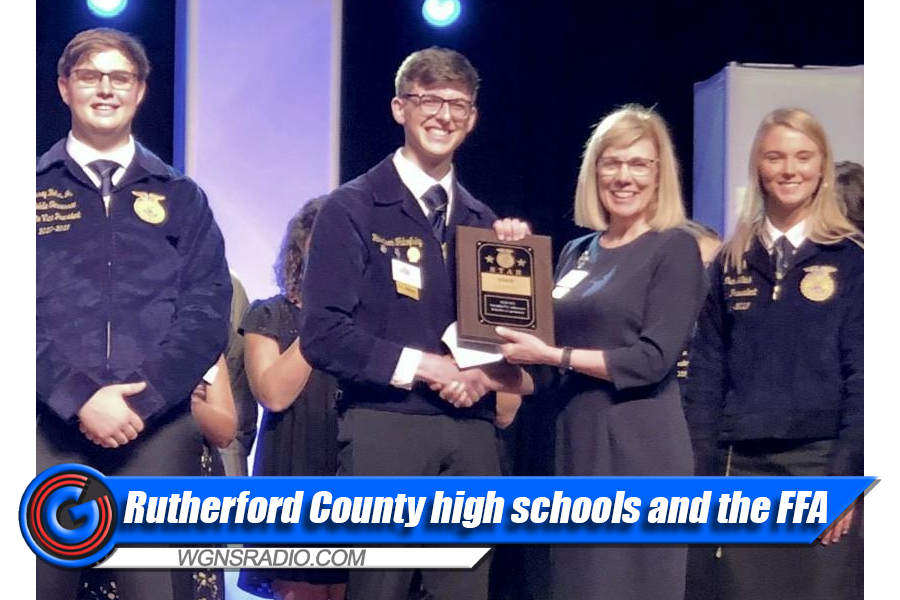 Rutherford County flexed its agricultural muscle at the FFA National Convention in Indianapolis.

Falcofsky, who was elected State FFA President in the spring, was a national proficiency winner in Agriscience Integrated Research, while fellow Stewarts Creek students, Hasty and Thongkham, were Division IV national agriscience fair winners in Plant Systems. Hamby, who graduated from Eagleville in May, was a Division V winner in Social Systems.

It was the type of dominating performance Tyra Pilgrim, career and technical education director for the district, cannot recall seeing during her nearly 20 years with RCS.

All four previously stood out among a strong group of Rutherford County performers at the state level of competition this past spring (Scroll Down to see the previous news report from July 2021)...

Once again multiple chapters from Rutherford County stood out at the state FFA convention.

“We’re a service organization so these awards are awesome,” said Gina Stewart, FFA advisor and agriculture instructor at Stewarts Creek, “We want to send kids to college and get them scholarship money, but, at the end of the day, we want them to be good citizens.”

Stewart added, “When you have good role models and good leaders and students that buy in, it makes it a lot easier to get people excited.”

Representing Eagleville School was Garren Hamby, who won state in the AnimalSystems Agriscience Research Proficiency as well as the Agriscience Fair – Social Systems and will compete at Nationals in both.

The Riverdale High chapter was runner up in Floriculture CDE and the Environmental and Natural Resources CDE. Alexis was a finalist in Swine Production Entrepreneurship, while three other members of the chapter — Mason McFerrin, Haley Love and Naomi Taylor — earned a trio of state FFA degrees.

“It was really good,” said Christopher Martin, an agriculture, food and natural resources instructor as well as the FFA advisor at Riverdale, “especially this year because it was really hard to have participation and that kind of stuff with our FFA chapter with the pandemic and everything that was going on. So, that’s pretty good considering the crazy year we’ve had.”

Martin noted that only rising seniors will have experienced a “normal school year” featuring a full year of FFA.

“They have the opportunity to make changes they would like to see because they’re going to be the only ones (with) institutional memory,” explained Martin, who noted the Riverdale chapter does have a wall filled with past accolades and trophies and a tradition of success to uphold. “It’s like making a brand-new program in some (ways).”

As a matter of fact, Stewart said this year’s rising sophomores were the best freshmen group she’s taught since arriving in Fall 2017.

In addition to the chapter accomplishments and those of Falcofsky, Micayla Hickman was recognized as the retiring State FFA Treasurer.

“We’re definitely excited and we’ve got great kids (and) just excellent students,” Stewart said. “Our administration does a great job of setting high expectations for our students and encouraging them to be involved.”

Martin is thankful to see all the FFA support the county chapters receive from their respective schools, district leaders, school board members and county board members.

“All that has really helped us,” Martin concluded. “There were a lot of other programs that have not been able to be helped in other counties, so we’re really thankful for that.”