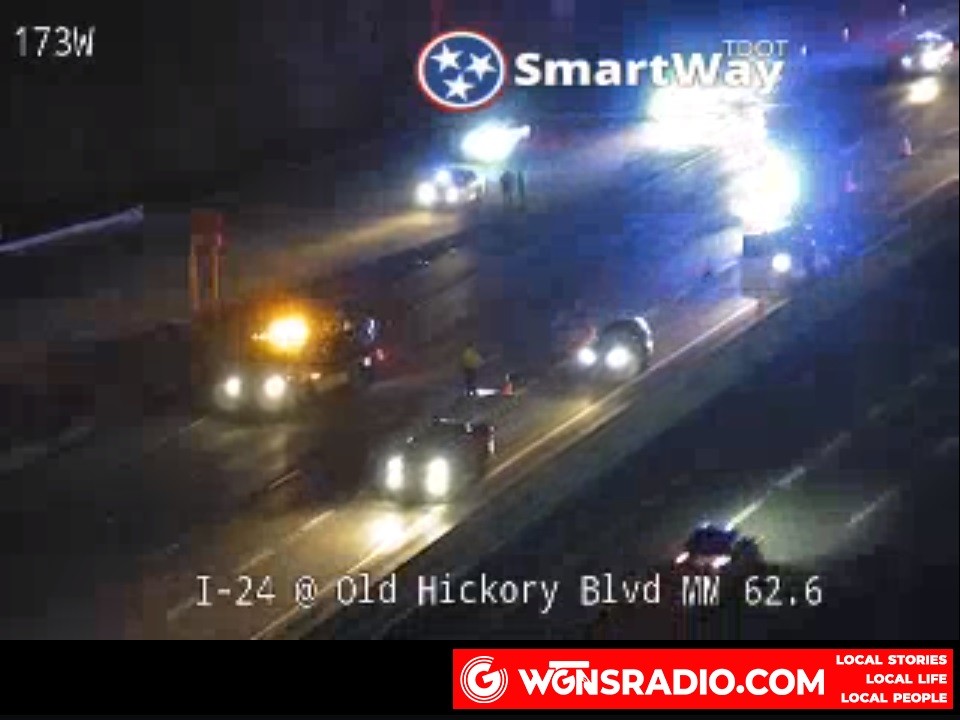 (Davidson County - Rutherford County Line)  There was a shooting on I-24 around 8:30PM Wednesday night (11/24/2021).  The incident occured in the eastbound lane near the 62.6 mile marker in Antioch (toward Murfreesboro and near the Old Hickory Boulevard exit).

Police say that one man was injured and is in critical condition. The shooter has not been apprehended, and Metro has not confirmed whether or not this was a case of road rage.

The lanes were re-opened around 10:45PM.

The shooting took place in Antioch, just before the Rutherford County line in the eastbound lanes headed towards LaVergne.

Road rage incidents increase during times of stress, amade worse with a mix of the pandemic, along with the extended Thanksgiving weekend--all of that creates an environment ripe for heavy traffic, DUI, and road rage.

A report from AAA warns motorists to be aware of their driving attitude. If you start feeling anger, back off, keep your distance, and don't make angry gestures to the other motorists. In addition, they note that you should phone 911 if you ever feel as if you might be in danger.

NewsRadio WGNS encourages motorists to curb their anger and slow down. Remember,  law enforcement agencies are urging Tennessee drivers to “Slow Down, Buckle Up & Stay Focused” with this special SLOW DOWN TENNESSEE campaign.