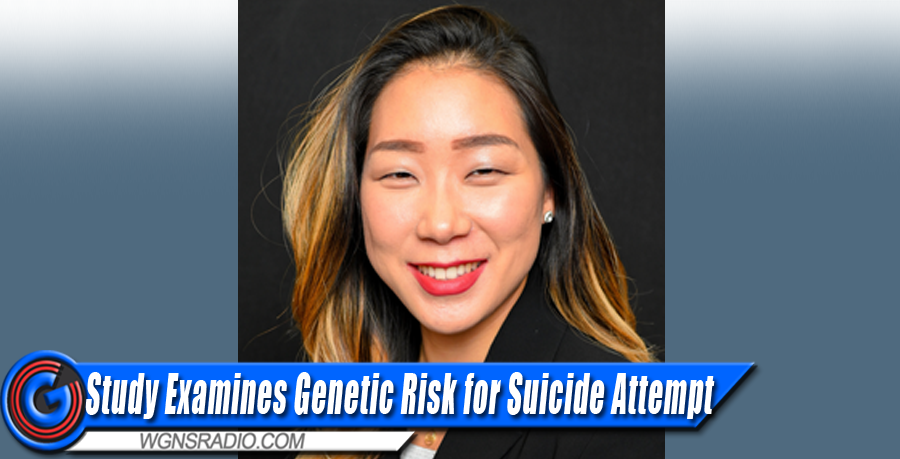 The study was led by JooEun Kang, an MD-PhD student at VUMC

Suicide attempt most often occurs in individuals diagnosed with a psychiatric illness. A new study reported in Biological Psychiatry identifies the first replicated genomic region contributing to risk of suicide attempt and confirms that genetic risk for the trait is not driven solely by risk for psychiatric disorders.

A team analyzed summary statistics from 18 research cohorts represented in the International Suicide Genetics Consortium. It conducted a genome-wide association study, comparing DNA from 29,782 suicide attempt cases (including 5,438 cases of death by suicide) and nearly 500,000 individuals who did not attempt suicide. This first study from the new consortium thus used a case sample five times larger than any previous genetic association study of suicide attempt.

ADVERTISEMENT
“Beyond its sheer scale, our study is notable for providing evidence of genetic influences on suicide attempt that are not mediated by psychiatric disorders, while also implicating shared biology between suicide attempt and specific non-psychiatric risk factors,” said geneticist and senior author Douglas Ruderfer, PhD, associate professor of Medicine, Biomedical Informatics, and Psychiatry and Behavioral Sciences at Vanderbilt University Medical Center.

The study was led by JooEun Kang, an MD-PhD student at VUMC, and Niamh Mullins, PhD, assistant professor of Psychiatry at Icahn School of Medicine at Mount Sinai in New York City.

“In particular, we identified an association between a single DNA variation and suicide attempt that survives conditioning on genetic risk for major depressive disorder, which is the most commonly seen psychiatric condition among those that attempt suicide,” Kang said.

The analysis yielded two genetic regions associated with suicide attempt; however, only one showed significant association in an independent genetic research cohort (the Million Veteran Program). This region on chromosome 7 has been previously associated with other known risk factors of suicide attempt, such as smoking, risk-taking behavior and insomnia. The region has stronger association with suicide attempt than the other risk factors and is significant even after conditioning on genetic risk of major depressive disorder. The most significant variant is in an intergenic region and has no known connections to the functions of specific genes.

The team also found that the genetics of suicide attempt show strong overlap with the genetic basis of psychiatric disorders, particularly major depression, and other known risk factors for suicide attempt such as smoking, pain, risk-taking behavior, sleep disturbances, and poorer general health. And the genetic overlaps with the other risk factors largely remained unchanged after adjusting for psychiatric disorders.

“Our findings suggest that many genetic variants exert influence on suicide attempt independent of their influence on psychiatric disorders and that these variants are shared with known non-psychiatric risk factors. Additional work is necessary to tease the biological relationships apart to better understand possible causal pathways between genetics, risk factors and suicide attempt,” Ruderfer said.

Some 265 investigators from around the world contributed to the study. It was supported by the National Institutes of Health (OD018522, MH116269).