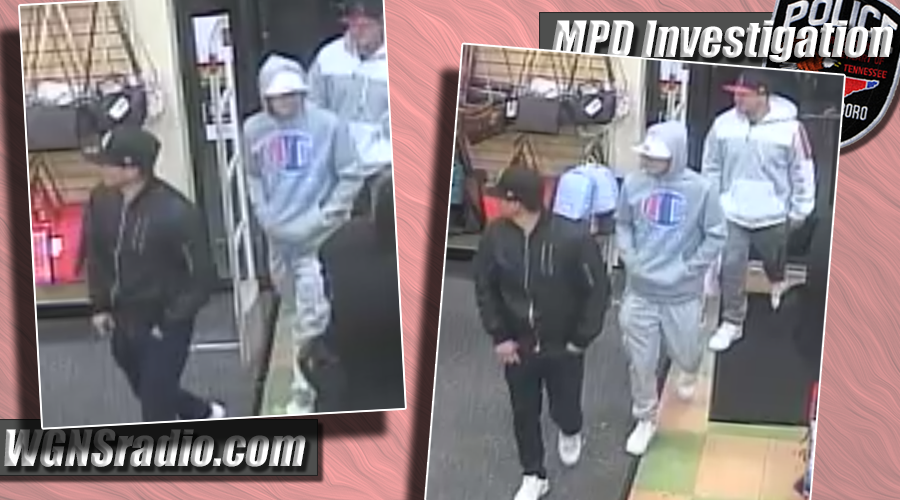 If you can identify these individuals, call Detective Daniels at 629-201-5512

Detectives with the Murfreesboro Police Department need assistance from the public in identifying three persons of interest, all wanted for questioning in a theft case.

On the day following Thanksgiving, Nov. 26, 2021, the trio were seen on surveillance video stealing a wallet, according to the MPD. The incident unfolded at the Shoe Carnival on Old Fort Parkway. Authorities say the three were seen picking up a wallet and then placing it into a shopping bag. After the wallet was put into the bag, the subjects left the store.

The victim in the case said while trying on a pair of shoes, she placed her wallet next to her, only to realize seconds later - it was missing.

The victim told police the wallet contained $2,148 in cash, her driver's license and a debit card.

Scroll down to help police...

Can You Help Police in Murfreesboro?

If you can help detectives identify these individuals, contact Detective Ray Daniels at 629-201-5512 or email 0409@murfreesborotn.gov.