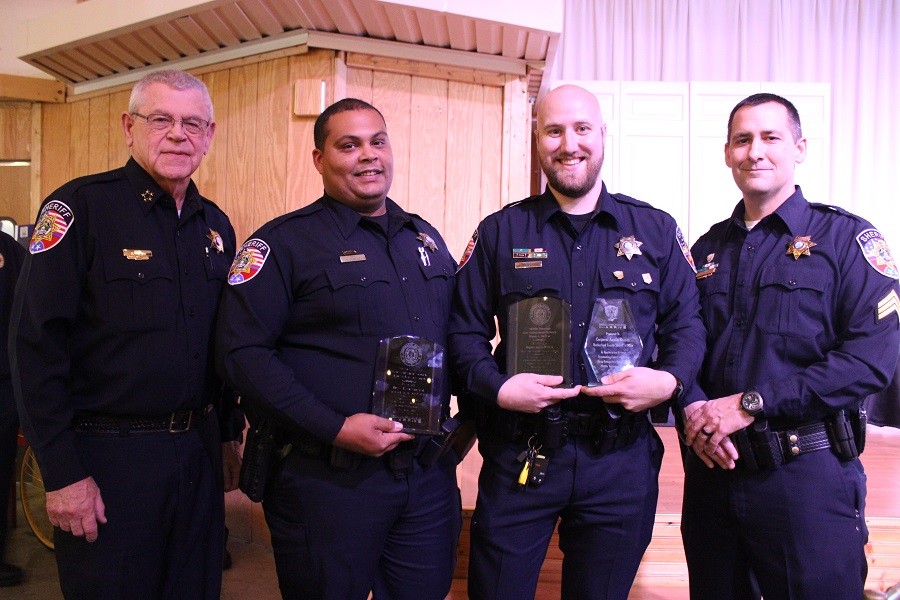 Deputy Austin Watson was named “Deputy of the Year” and was chosen as “Drug Recognition Expert of the Year for Middle Tennessee.” A drug recognition expert or drug recognition evaluator (DRE) is a law enforcement officer specifically trained to recognize impairment in drivers under the influence of drugs and alcohol.

“Deputy Watson is dedicated to reducing traffic deaths and crashes through his enforcement efforts,” Fitzhugh said. “He reinforces the safety message through education of other law enforcement officers.

“Deputy Shenefield concentrates on encouraging drivers to obey the speed limits to prevent traffic deaths and crashes,” Fitzhugh said. “Speeding is one of the major contributing factors in crashes.”

Watson furthers his knowledge and ability as a drug recognition expert, Burnett said. He became an instructor and will assist with the Advance Roadside Impaired Driving Enforcement training and eventually the DRE training.

Sheriff’s Sgt. Nick Coble, who nominated Watson for Deputy of the Year, said Watson’s main focus as a deputy have been geared toward impaired driving and traffic enforcement. He has earned two awards from the Mothers Against Drunk Driving.

“Due to Deputy Watson's dedication to education, his removal of impaired drivers from the roadway and his commitment to traffic enforcement, he has earned my recommendation for Deputy of the Year,” Coble said.

“He has a passion for highway safety and focuses on speeding,” Rodgers said. “He is always one of the first to volunteer to help with any campaigns of safety hot spots.”