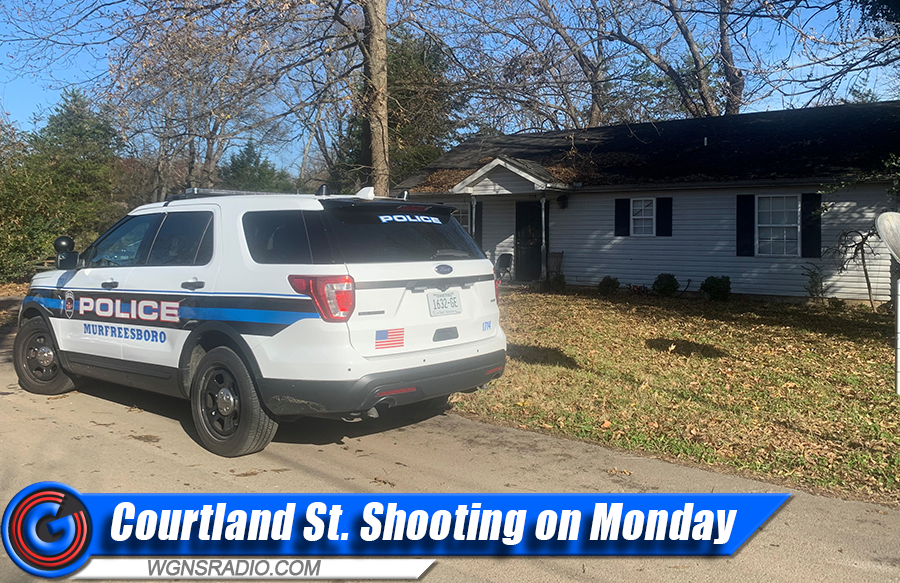 MURFREESBORO, Tenn. – Detectives with the Murfreesboro Police Department (MPD) are searching for the person or persons who riddled a house with bullets early Monday morning (12/06/2021).

ADVERTISEMENT
At least three bullets entered the Courtland Street home, but no one was injured. However, authorities confirmed that when the shooting happened, it endangered the lives of four people, including a three and twelve-year-old.

Police indicate that an officer patrolling downtown Murfreesboro heard multiple shots around 2:40 in the morning and responded to the scene.  When he arrived, he discovered more than 20 bullet casings in front of two homes.  One home was struck at least six times.

Officers recovered two different types of bullet casings, leading detectives to believe there may have been multiple shooters.

Once captured, the persons responsible for the shooting could face reckless endangerment and damage to property charges.

Detectives are still trying to determine a motive.

Scroll down to learn how you can help with this case...

If anyone has any information on the possible shooter(s), please contact MPD Detective Cody Thomas at 629-201-5537. A reward of up to $1,000 could be available for information that leads to an arrest. You can submit tips to police while remaining anonymous by calling Rutherford County CrimeStoppers at 615 893-STOP (7867).  You can also report tips anonymously through the P3 Intel app.