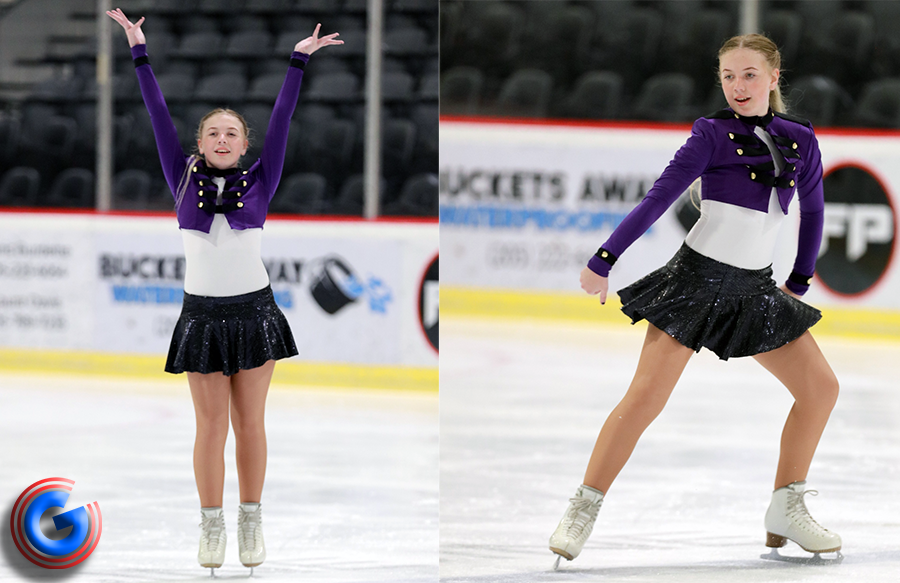 The first time Mollie Gardner stepped on ice during a friend’s birthday gathering at a local rink, it ended in embarrassment.

Gardner was 11 by the time she had the courage to lace up a pair of figure skates for a second time.

“I don’t know,” Gardner recalled Friday, while traveling with her parents, Rob and Kit, to a synchronized skating competition in Michigan, “I just found a spark and it was so much fun.”

Two weeks later, Mollie was back on the ice. A week later she was back again and returned every weekend. Then came her first spin, her first jump and, perhaps, more importantly, the realization she could in fact skate competitively on a national level.

Then she signed with her first personal coach.

“It happened very quickly,” Mollie said. “It just happened, and I was like, ‘I want to do this for a living.’”

Mollie is an eighth-grader enrolled in the Rutherford County Virtual School, which was launched by Rutherford County Schools last year and now serves grades 3-12. The free online school currently boasts an enrollment of 450 students.

In the ever-evolving world of education, the Virtual School provides students a flexible learning environment. And, in the case of students like Avery Gose, a 17-year-old senior, who is the co-owner of a new Jiu jitsu gym, and Mollie, the school meets the unique needs of its student body.

Mollie enrolled following her seventh-grade year after experiencing distance learning and “wanted to continue doing that because it helped so much with skating.”

“It allows me to be flexible with my schedule,” said Mollie, who has benefited from the balance between skating and school and personally.

Yes, she misses the friends she made at Stewarts Creek Middle School, but she’s comfortable learning in a virtual environment and, of course, the rigorous academic workload is conducive to her equally demanding skating schedule.

She currently skates for the Scott Hamilton Skating Club and her synchronized team is the Hamilton Harmonies.

Mollie is on the ice every day and, according to her father Rob, she will be performing or competing — mostly out of state — every weekend through the third week of January.

She recently participated in the Sk8 to Eliminate Cancer fundraiser show at the Ford Ice Center in Bellevue as well as the annual Scott Hamilton and Friends Ice Show at Bridgestone Arena.

“It was really fun, and I feel really, really good about helping (to raise money for a good cause),” said Mollie, who also sees her experiences as an opportunity to “inspire others to start skating.”

In addition to national competitions sanctioned by United States Figure Skating, she would eventually like to advance to world competitions.

She is planning to stay enrolled with Rutherford County Virtual School through high school and has already thought about colleges with competitive skating programs to compete at the U.S. Collegiate Figure Skating Championships.

At this point in her career, Mollie loves singles — “I have full control of my body and what I’m doing” — synchronized skating because she likes working with a team to “create an amazing performance” and is not interested in teaming with a single partner to compete in doubles.

“I’m still in the beginning stages,” said Mollie, whose goal is to “at least get five medals in the top three” of national competitions, but quickly admitted it is still too soon to think about trying out for the U.S. Olympic team, “Right now? Not so much, but in the future? Definitely.”