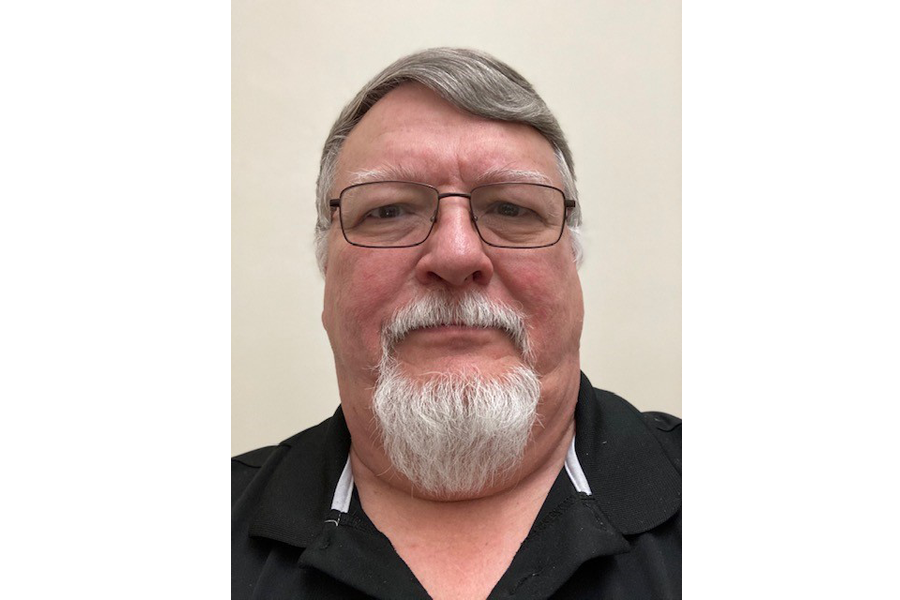 Hired as County Safety Coordinator by Lois Miller in October 2007, Goode was very excited to join the team. “I had previously served in the U.S. Army and worked in the private sector for 14 years as a Human Resources Manager and Safety Director,” he explained, noting that moving from private to public sector took a little adjusting!

ADVERTISEMENT
“My first day working for the County, I was introduced to the Public Safety Committee, and I soon realized there was lot more oversite than I had imagined,” he remarked. “At the time, the County was transitioning from the State workers comp program to the On-the-Job (OJI) program.”

Goode said his first tasks were to write the County’s Safety Program and the OJI Plan Document both of which were approved by full commission and went into effect January 1, 2009.

Goode acknowledged that when he started in the position, the County had 5,198 employees and in 2020, it had grown to 7,427. “That’s almost a 43 percent increase,” he emphasized.

Even with the increase in number of employees over the years, Goode says accidents have not increased over the years and in have even decreased some of those years. He attributes this to the support of County leadership and employees.

Goode says he’s served under three different directors during his career with the County and while some days are better than others, he has never regretted the decision to work for Rutherford County.

His most current supervisor Ed Elam commented, “After driving into work from Tullahoma, everyday Dan walks through the doors eager to start his morning. During my first day as Insurance and Risk Management Director, it was easy to recognize his passion for Rutherford County employees, tremendous work ethics and determination to do what was right. On a personal note, Dan has been more than just a good employee, he has been a good friend to everyone in our department and many of those he dealt with on a regular basis. He will be missed by many of us, but we are all happy for him and wish him the very best.”

When asked if there was anything more he would like to add concerning his retirement, Goode said, “I would like to thank all of the Rutherford County employees for the faith and support provided over the years. There is no greater feeling at the end of the day than to know that I may have contributed to ensuring that every employee made it home safe and sound.”

“Dan has served the county well in this capacity over the years as evidenced by our accidents either staying the same or decreasing annually,” said Mayor Bill Ketron. “I wish him the very best in his retirement.”

Goode and his wife of 44 years, Julie, have five grandchildren and will be spending more time getting to know them. Additionally, he jokes that his new boss (Julie) says she has several projects already in the works and a few trips planned.

His official retirement date is December 17, 2021.