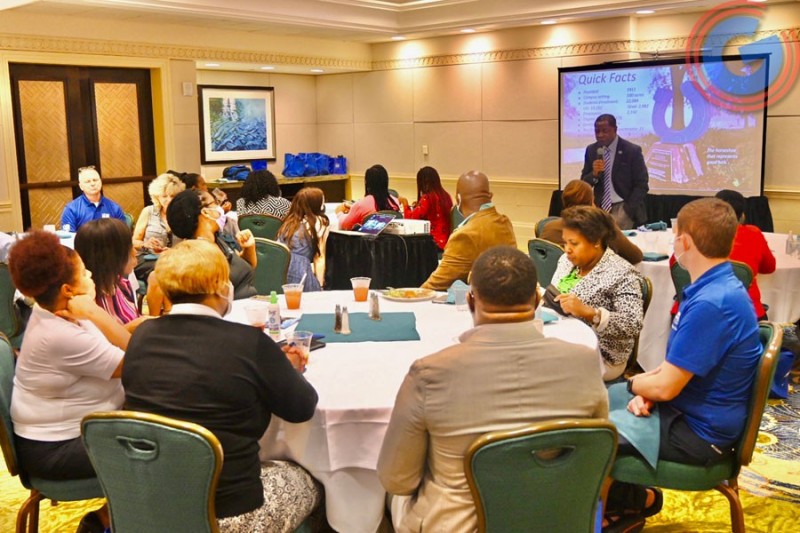 NASSAU, The Bahamas — After the Blue Raiders 31 - 24 victory over Toledo, Middle Tennessee State University’s senior administrators used their remaining time in this island commonwealth leading up to the Bahamas Bowl to recruit potential study-abroad students and meet with the nation’s top leaders.

MTSU took full opportunity of the visibility afforded to its football team’s invitation to play the University of Toledo to brag that The Bahamas is its third-largest provider of international students. About 50 from here attended MTSU this fall.

ADVERTISEMENT
About 30 high school counselors turned out for a luncheon Tuesday hosted by President Sidney A. McPhee, a Bahamas native and a graduate of R.M. Bailey Senior High School in Nassau.

“Playing in the Bahamas Bowl gave MTSU a remarkable opportunity to tell our story to students looking to study at an American university,” McPhee said. “We were pleased with the attendance at all three of our recruitment events.”

It also afforded the nation’s top two leaders, Governor-General Sir Cornelius A. Smith and Prime Minister Philip Davis, a chance to congratulate McPhee for completing his 20thyear as MTSU’s president.

The Bahamas’ formal head of state is Queen Elizabeth II, who is represented by Smith as governor-general. Davis, as prime minister, is the head of government, as well as a member of the House of Assembly who commands a majority of its votes.

“We hate to see our best and brightest leave the islands,” Davis told the delegation, “but we are proud of his accomplishments at your university.”

The game, the first of this year’s run of holiday bowl games, was set to be televised on ESPN at 11 a.m. CT today (Friday).