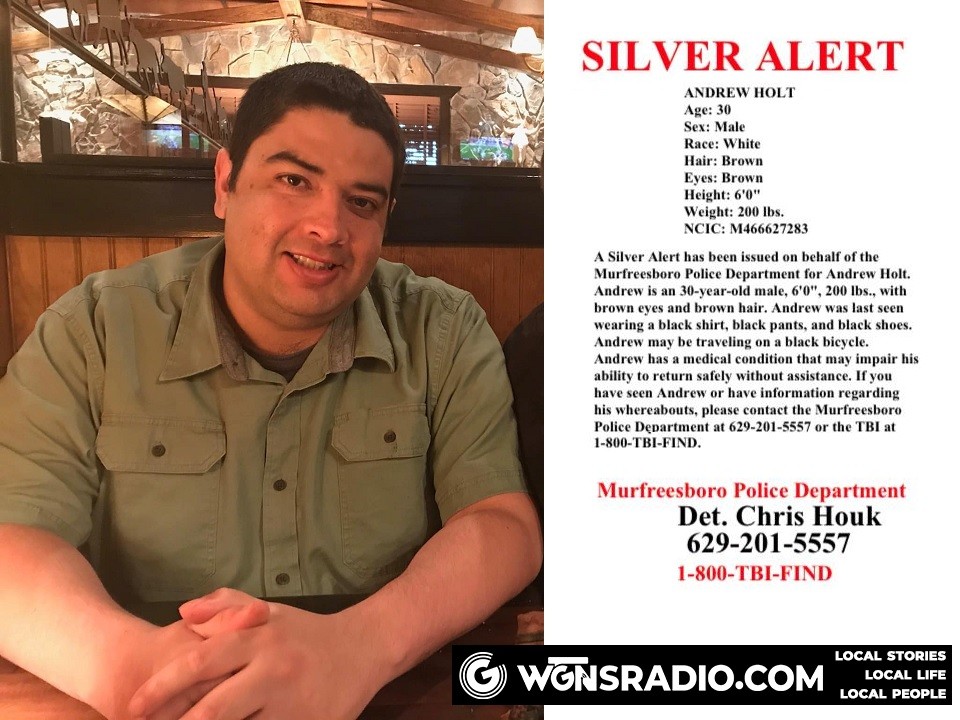 (MURFREESBORO)  It's been over a week since 30-year-old Andrew Holt told left his home in the Cason Lane and St. Andrews Drive area. His family told police that he was last seen on Friday, Dec. 10, 2021. After hearing nothing from the first "missing report", they have now issued a SILVER ALERT.

He has a medical condition that may impair his ability to return safely without assistance.
ADVERTISEMENT

Holt is severely bi-polar and cannot function normally without his medication.

He has limited mental capacity. His mother stated that Andrew took $100 from an envelope and left home on his black bicycle. She also stated that he had never planned ahead to slip-away before.