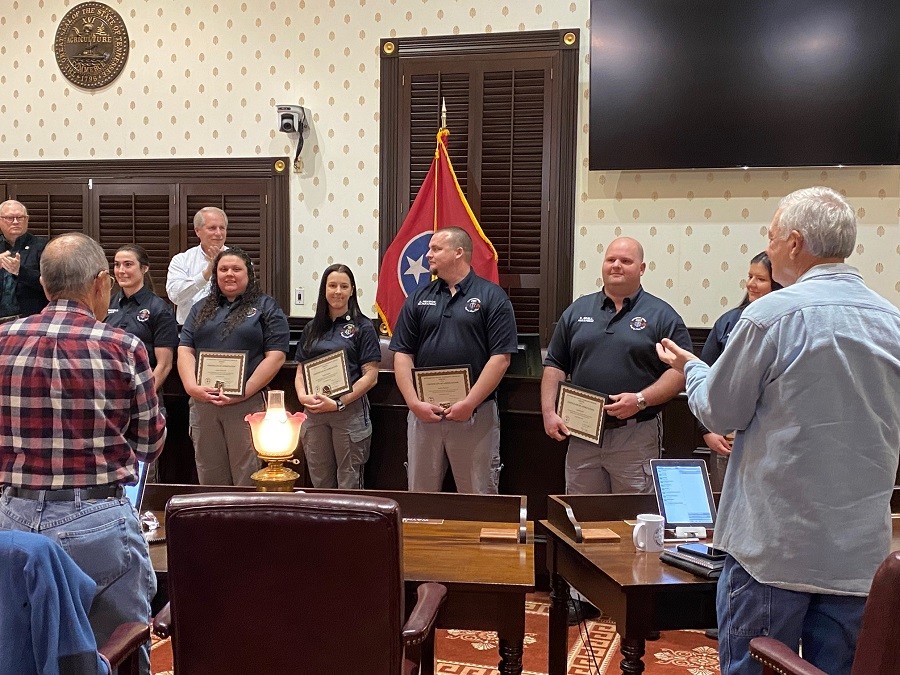 ADVERTISEMENT
The crew was dispatched to a CPR in progress call around 12:00 a.m. that particular day. Shortly before the first crew arrived, they learned of two patients outside of the home experiencing breathing issues. One patient was having CPR performed and the other was barely breathing.

The first ambulance on scene initiated patient care of the two individuals and discovered a third.

Medication was administered to all patients as the second ambulance arrived. Pulses were restored and spontaneous respirations returned slowly one-by-one as the third ambulance made it to the scene.

“If not for the quick actions of these teams, any of all of the patients may have perished,” said Hudgens. “It is because of their quick actions and diligence in caring for the patients that they are receiving certificates of appreciation.”

“We are so incredibly proud of these crews for their life-saving efforts,” said Committee Chairman Pettus Read. “Rutherford County is fortunate to have such skilled and knowledgeable public safety professionals.”

Mayor Bill Ketron added, “Not only do our first responders provide first-rate care, they do so compassionately because they truly care about this community. Congratulations to the individuals being honored.”