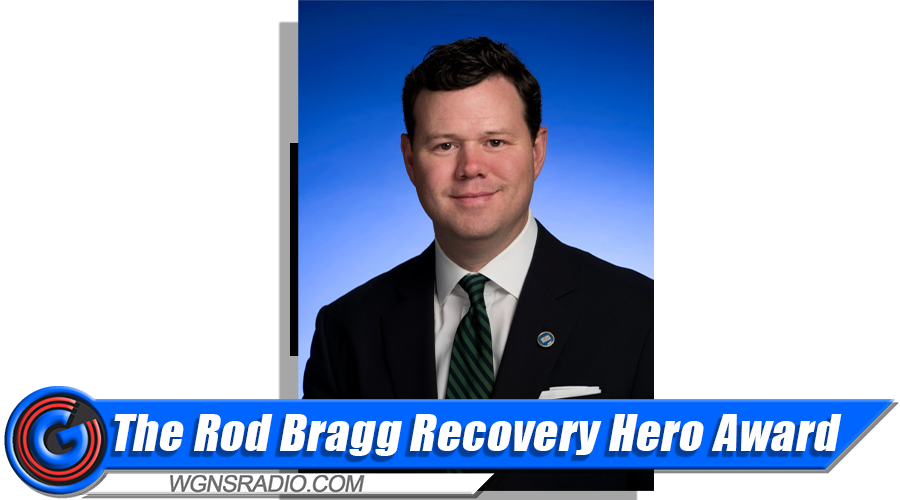 ADVERTISEMENT
“He was an avid supporter of recovery courts. He knew it was something he wanted to help support. He wanted to make sure treatment access could be better,” said Marie Crosson, TARCP Executive Director.

“We honor Rep. Michael Curcio for his unwavering support and advocacy on behalf of the recovery courts across Tennessee,” said Batts. “Rep Curcio represents the citizens of Hickman, Maury and Dickson counties, but he’s a very active representative. In that role, he really represents all Tennesseans. He served on eight committees and sub committees this year and if you’re familiar with the legislative plaza, you know that makes him a very busy man.”

Rep. Curcio serves as Chair of the House Criminal Justice Committee. He served on the Calendar and Rules Committee, Civil Justice, Criminal Justice, Judiciary and others. Rep. Curcio also serves on the Juvenile Justice Reform Implementation Council and the Domestic Violence State Coordinating Council. He is a recipient of the Tennessee Association of Chiefs of Police Legislative Award and the Voice of Recovery Award from the Tennessee Association of Alcohol and Other Addiction Services.

“And this year, he introduced House Bill 215, and that passed by unanimous vote by both the House and Senate in May,” said Batts. “The bill was called Stopping Addiction and Fostering Excellence, the Safe Act. It ensured safe and efficient treatment to centers and sober living facilities for the people we work with.”

Rep. Curcio said once he joined the legislature, he wanted to seek out opportunities that were on the road less traveled.

“I wanted to find out the place where I could make an impact and also a place where I had some compassion,” said Curcio. “A passion for recovery very, very quickly developed because I saw a great need. Being in Dickson County, in our community we have a very vibrant recovery community, thank goodness, but unfortunately that’s because we have a very vibrant substance abuse problem. That’s not particular to Dickson county. It knows no geographical boundary, but I saw folks in front of me every single day that clearly needed help.”

Addiction is something that also hits close to home for Rep. Curcio.

“I don’t deserve this award, but I’m willing to accept it because there are pieces of it that belong to a lot of folks who were very, very special in my life” he said. “A part of this award belongs to my grandfather, who unfortunately I was never able to meet, because all he had was a stigma and his addiction and there weren’t people to help him in those days. Unfortunately, he left my mother when she was way too young. He left my grandmother to raise her youngest child without any help, to take over the family business and pull that out of the ditch, and to do the best to pick up the pieces that addiction left behind. It also belongs to my childhood best friend, a woman named Anna who, unfortunately, decided to leave this world for a place my Bible tells me there is no addiction and there is no pain, so this award belongs to her as well.”