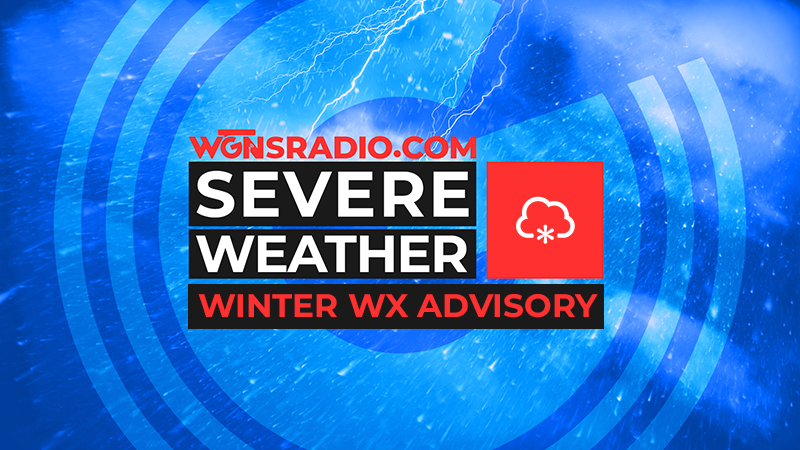 Old Man Winter comes into 2022 with a gut-punch, bringing several inches of snow to Rutherford County. Widespread reports of 3-4" of snow with locally higher amounts have been reported. The snow fell for several hours overnight, heavy at times. Emergency responders were called out to several accidents and trees down on homes and power lines.

A Winter Weather Advisory has been issued for Rutherford County and much of the state. Rain is expected to change over to snow this afternoon and continue through the early evening. The National Weather Service is predicting up to an inch of snow on grassy areas. There could be some higher amounts across the mid-state region.

A transition from rain to snow is expected this afternoon. One to two inches are expected in our area, but some places in Middle Tennessee could see higher amounts. This forecast is for accumulation on grassy and elevated surfaces. Temperatures on roadways remain warm and will keep snow accumulation around or less than an inch on most roads.

After the first day of the new year bringing a record 78-degrees and storms, today will be a shocking change. Temperatures will fall throughout the day. As for the changes of snow sticking, the recent warmth and wet ground will make it difficult for accumulating snow.

NWS forecasters say for the first several hours, no road impacts are expected as the ground temperatures are very warm. However, some minor road impacts are possible very early in the morning as temperatures fall into the mid-to-upper 20's. Expect wind chills in the teens early Monday morning.