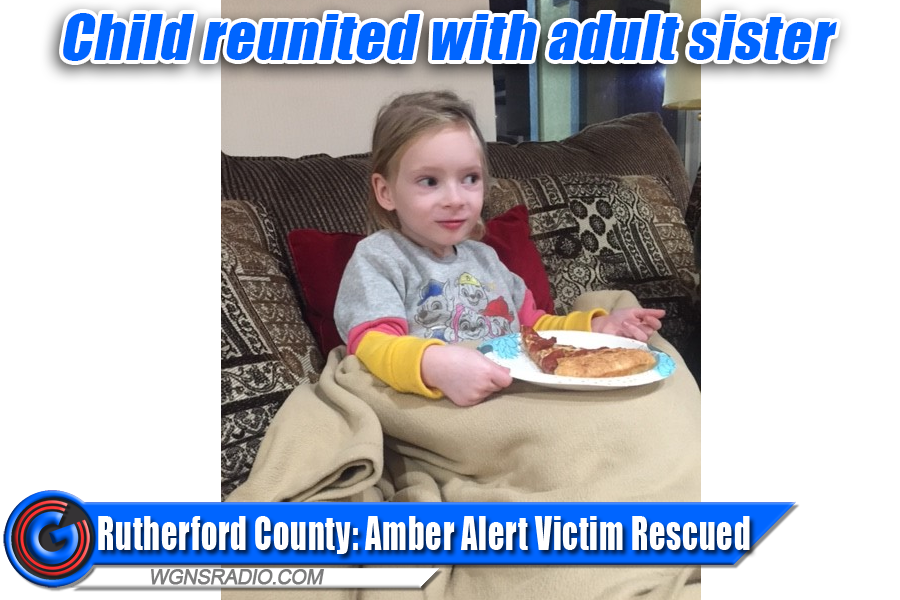 ADVERTISEMENT
Riley was released to the custody of her adult sister after a hearing Monday in Juvenile Court.

Her father, Brent Bockes, 50, of Sanford, N.C., allegedly abducted her and drove to Rutherford County where he was involved in a crash Wednesday on Interstate 24 and left the scene.

Sanford Police Major Vincent Frazer said Bockes faces charges of first-degree murder of his wife, Deanna Michelle Bockes, whose body was found Wednesday afternoon, said. He is also wanted for robbery and theft of a car.

An Amber Alert was issued for the child, who was located in Rutherford County, TN.

Below is a short video clip of the child being reunited with family.


An Amber Alert was issued for Riley.

Rutherford County Sheriff’s deputies and Murfreesboro Police searched for the father and daughter after learning she was named in an Amber Alert. They located the father and son at Select Inn on South Church Street in Murfreesboro.

Riley was placed in a foster home by the Department of Children’s Services.

Brent Bockes was charged with being a fugitive from justice. He is being held for Sanford, N.C., Police at Rutherford County Adult Detention Center.