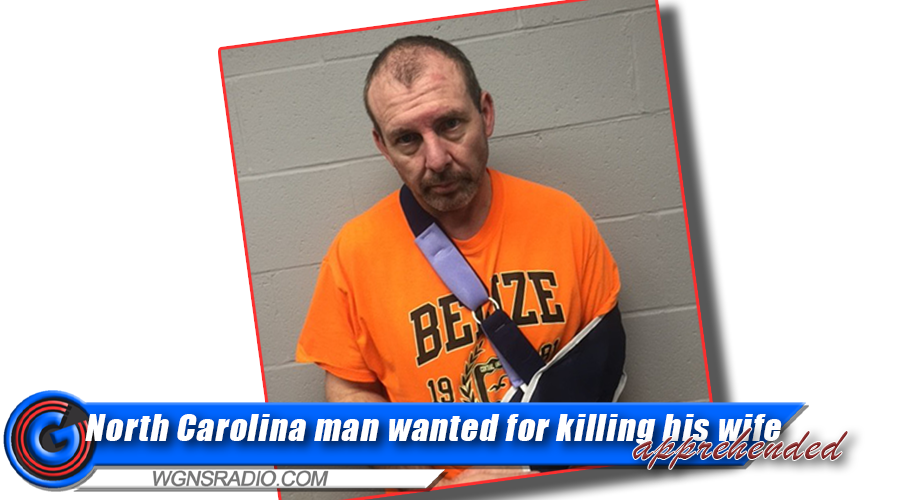 A North Carolina man wanted for killing his wife and leaving with their 3-year-old daughter Wednesday (1/5/2022) was arrested by Rutherford County Sheriff’s deputies and Murfreesboro Police at a motel that night in Murfreesboro, authorities said.

Sheriff’s Cpl. William Travis said deputies and Murfreesboro Police located Bockes and Riley after they were involved in a crash about 8 p.m. Wednesday on Interstate 24 near Joe B. Jackson Parkway and South Church Street.

Riley was not harmed, Travis said. Deputies are caring for her while trying to contact family members.

Deputies checked the license plate number and learned it was the same car mentioned in the amber alert.

“The suspect was responsible for the motor vehicle collision and fled with the child,” Travis said. “Deputies and Murfreesboro Police utilized K9s to conduct a track for Bockes.”

Murfreesboro Police Sgt. Stephen Luter reported K9 Officer Cody Shanabarger with his partner, Beau, and another K9 Officer Oliver Goddard assisted with the track from the crash scene as both RCSO deputies and MPD officers attempted to locate the suspect.

The suspect was possibly seen at the Wyndham Hotel on Westgate Boulevard.  Officers were advised he went towards the Select Inn.

Luter said Officer Cary Ridiner and deputies saw the suspect and child at the Select Inn coming from the stairwell and took the suspect into custody.  The child went with a deputy to the lobby for her safety and EMS was called to check them due to the crash. K9 Officer Shanabarger and Beau tracked directly to this location as well.

Travis said Bockes was charged with being a fugitive from justice. He will be held at the Rutherford County Adult Detention Center. 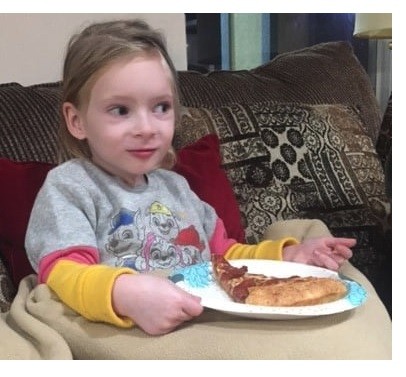 Riley Bockes, 3, of Sanford, N.C., eats pizza with deputies after she was rescued unharmed Wednesday in Murfreesboro.

She was with her father, Brent, who faces charges of killing her mother earlier Wednesday (1/5/2022) in Sanford.

Deputies and police tracked Riley and her father to a Murfreesboro motel after Brent Bockes was involved in a crash on Interstate 24 and fled to the motel.

Riley is awaiting a return to family members.

Her father is being held on a fugitive from justice charge at Rutherford County Adult Detention Center.