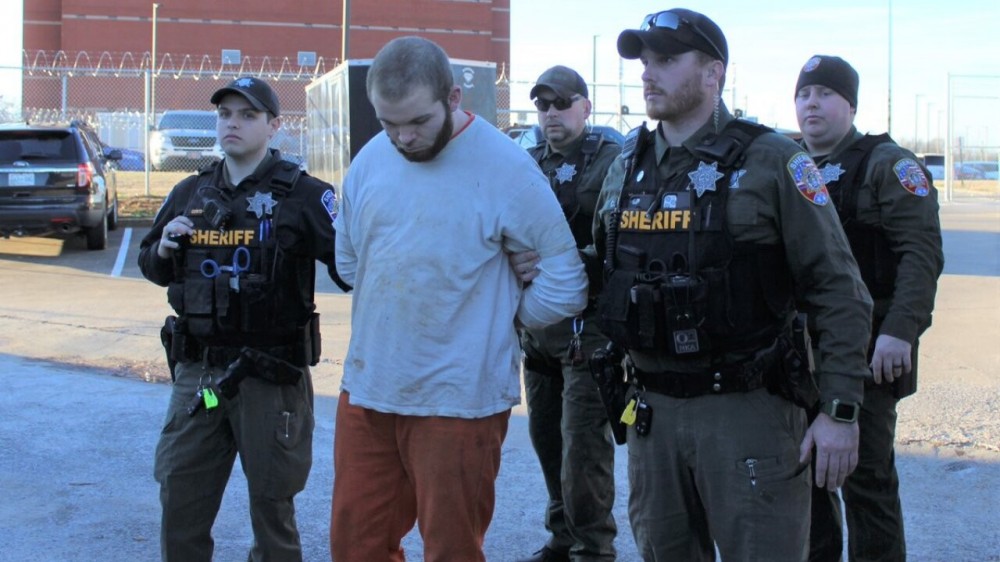 The incident began around 11:30AM Wednesday morning on I-24 and a 4-hour manhunt ensued.
24-year old Christopher John Taylor now faces new charges here in Rutherford County and is being held in the Rutherford County Adult Detention Center.

Fitzhugh said, “Our concern is for people and ensuring they are safe and no harm comes to any of our citizens. That is why we commited so much manpower in taking Taylor into custody as soon as possible.”

During a news conference, Benton County Sheriff Kenny Christopher said Taylor faced drug charges in his county. A deputy was returning him to Bradley County Wednesday when the incident occured.

Benton County Sheriff Christopher noted, “He came through the screen in the back of the car where it was an open window area and attacked the corrections officer. That officer has been treated and released with minor injuries.”

The corrections officer fought with Taylor on the side of the road, the sheriff said. An unknown truck driver pulled them away from each other.

Sheriff’s Sgt. Nick Coble and Sgt. James Holloway were searching behind Caliber Collision when Coble noticed fresh rust on a sewer cover and thought it was strange.

Sgt. Coble commented,  “When I pulled it up, there he sat on a ledge. Sgt. Holloway helped pull him out of the hole.”

Holloway said they handcuffed Taylor and placed him on the ground.

“Fortunately, it was just storm water and not sewage,” Holloway said.

Description of what happened (earlier report)

According to the Benton County Sheriff's Office, 24-year old Christopher John Taylor was being transported to Bradley County for a parole violation on a drug charge. While traveling through Murfreesboro on I-24 near the South Church exit, the inmate began kicking the windows of the patrol car. He broke a window and a scuffle over a taser began.
Taylor reportedly jumped from the vehicle with the taser in-hand and ran. The taser was later found by authorities in the tall grass beside the interstate.
The Cleveland man was taken into custody after a four-hour manhunt that included the Tennessee Highway Patrol along with Murfreesboro Police and Rutherford County Sheriff's deputies assisted Benton County authorities using helicopter, K-9 dogs and a ground drone.