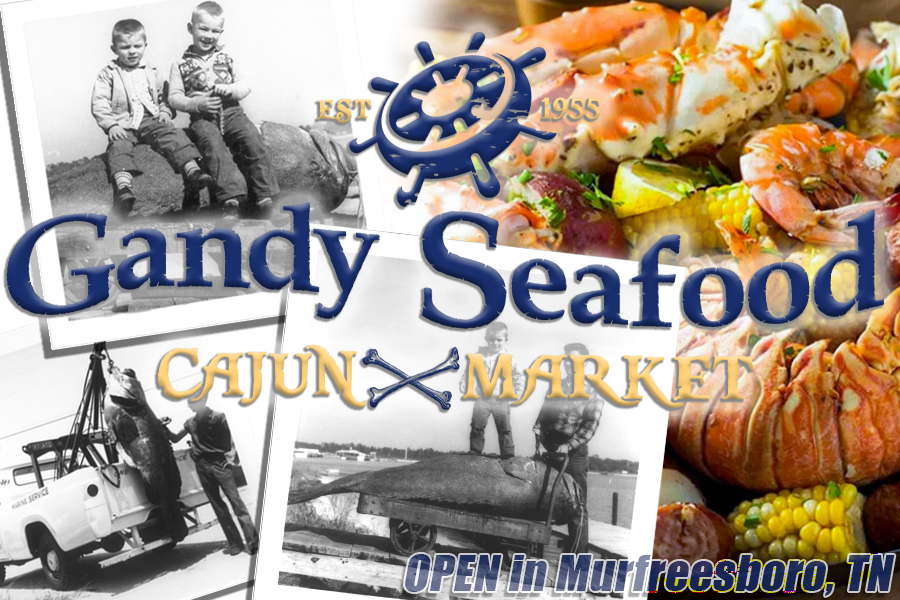 In Tennessee, many don’t think about crawfish boils, much less… know when the best time to plan one. One seafood company in Murfreesboro is hoping to change that.

A handful of people in Rutherford County may not know that we have a local seafood market. The shop is called “The Gandy Seafood Market,” and it’s located on Memorial Boulevard across from SportsCom. Owner Chuck Gandy fills us in on a few of the favorites…

Now, back to the crawfish boil, a tradition that started in Louisiana.

In the 1800's, Cajuns started modifying recipes that were born in Canada for lobster fixing by applying those recipes to the smaller and more centrally located crawfish, sometimes referred to as crawdads. Before long, Louisiana became known as crawfish country as tourists aimed to find the best Creole cooking they could find. When the 20th Century rolled around, the feast of crawfish meant the gathering of friends and family – eventually becoming known as Crawfish Boils.

WGNS spoke to Chuck Gandy about Crawfish Boils, which are now gaining more momentum across the state of Tennessee…

Again, The Gandy’s Seafood Market is on Memorial Boulevard, across from SportsCom in Murfreesboro.

As for the history behind Gandy Seafood, it is a family business that started almost 70-years ago. For anyone who has visited Panama City, Florida, the Gandy name is likely a familiar name.

The Gandy Seafood Cajun Market is the oldest open seafood market in Bay County, Florida. The company was established in Panama City, Florida in 1955. It was started by Melvin Gandy, Charles Gandy’s great grandfather, in the early 50’s. And now, the company has brought some of that taste to Murfreesboro with their location on Memorial Boulevard, across from SportsCom.