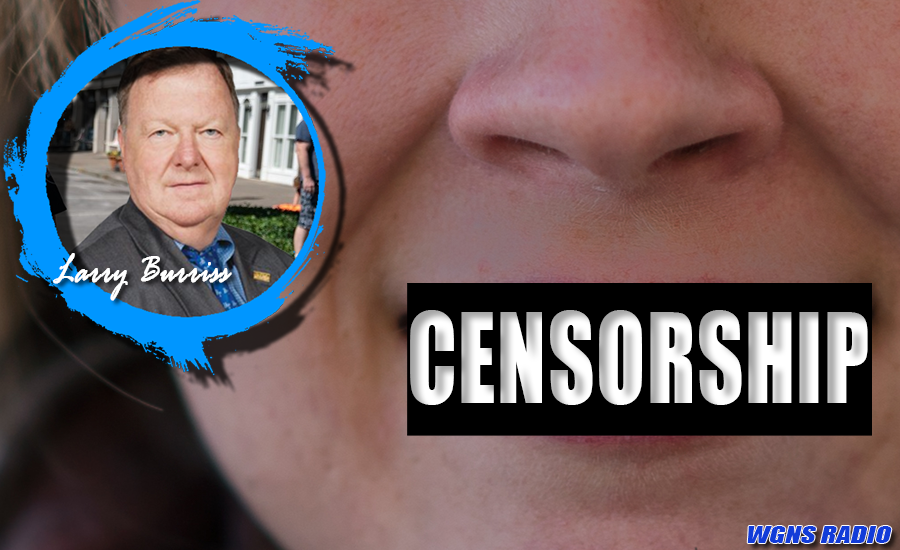 Censorship in America and accepting the status quo. Dr. Larry Burriss, a professor of Journalism at MTSU, covers censorship in today’s commentary…

Commentary by Dr. Larry Burriss – Verbatim (Above Audio): “Somehow the idea seems to have grown up lately that we have to protect people, especially our youth, from values and ideas that may not be popular, or even correct.

The thought seems to be if we ignore values and ideas not our own, or even worse, if we actually hide ideas and values, they will somehow go away and won’t cause any trouble.

Likewise, there seems to be a feeling if we don’t ask questions, if we just accept the status quo, or the popular idea, our lives will somehow be better.

Actually, there are only a couple of things that can happen with ideas, good or bad. If it’s a wrong or bad value or idea, it will eventually be rejected. But if the idea or belief has some truth in it, people will select the good from the bad, and keep the good.

This idea of individuals, not institutions, sifting through the myriad of messages we come across each day pre-supposes a thinking, rational populace. It says each of us has the capacity to determine what is proper. It says people, not institutions, should be the arbiters of what ideas should flourish, and which should be ignored.

But, for this to happen, people must be allowed to ask questions, to probe for meaning, to seek clarification.

In fact, we need to be challenged in our beliefs and values. We need to encourage debate. We need to assure that every voice in the community has the opportunity to be heard.

What we don’t need is censorship, at any level of society. I’m Larry Burriss.”