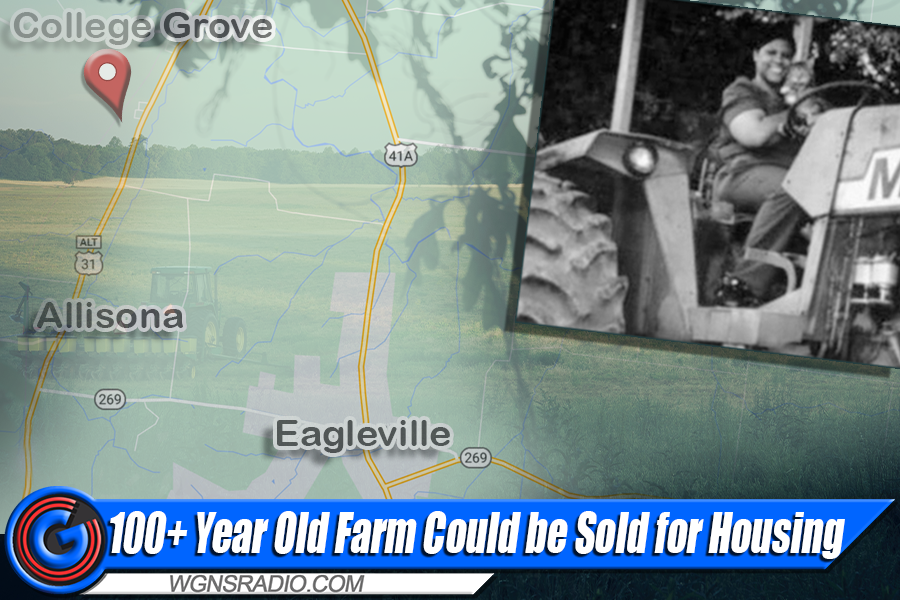 Just a few miles from Eagleville, Tennessee is the site of a 100-year-old farm that is owned by an African American family that could soon be turned into a housing development, according to an organization called “Change.org.” Residents in the area have taken notice of the situation and many have gone as far as signing a petition to prevent the land from being sold.

Over this past weekend, more than 25,000 individuals in Williamson County and small farmers around the country have signed the Change.org petition in an attempt to save the Luster family farm.

ADVERTISEMENT
The farm is one of only nine Black-owned 100-year-old farms in the state of Tennessee. Ben Bosis, Associate Campaigner for Change.org, told WGNS NEWS in an email that “due to family disagreements,” the farm is at risk of being sold to housing developers.

Bosis wrote, “Kendra Luster and her siblings started their petition because they believe their ancestors’ farm means so much more than the value of the land itself. Their father is the last remaining sibling still working the farm, and Kendra wants to make sure the history of the tradition of Black farming in this country is preserved even when he is gone.”

Scroll down to read more on the 100+ year-old farm on Arno Road in College Grove, TN...

The Center for Historic Preservation (CHP) at Middle Tennessee State University in Murfreesboro oversees the Tennessee Century Farms Programs. The local university identifies, documents, and recognizes farms owned by the same family for at least 100-years and to date, nearly 1,400 farms have been certified. Reports indicate that out of the roughly 1,400 Century Farms in the Volunteer State, only 9 are owned by African American families.

Members of the community in neighboring Williamson County are rallying behind the Lusters, making themselves heard in the hundreds of comments—from signers both local and around the country—explaining their reasons for supporting the petition.

The farm is located just outside of Eagleville in College Grove, Tennessee. Reports show the land on Arno Road was originally purchased in 1906 by Grant Luster, Sr., the son of a former slave. Luster and his wife Anna bought the 80-acres over 115-years ago.

Kendra Luster says that many of her family members are buried on the acreage in a small family cemetery. She also wrote that her father, who is one of the partial owners within her family, still takes care of the land today.

Documents held by the Williamson County Assessor of Property have valued the land at nearly $1.3-million.

For information on those who signed a petition in hopes of preventing the land from being sold, visit https://www.change.org/SaveTheLusterFarm.