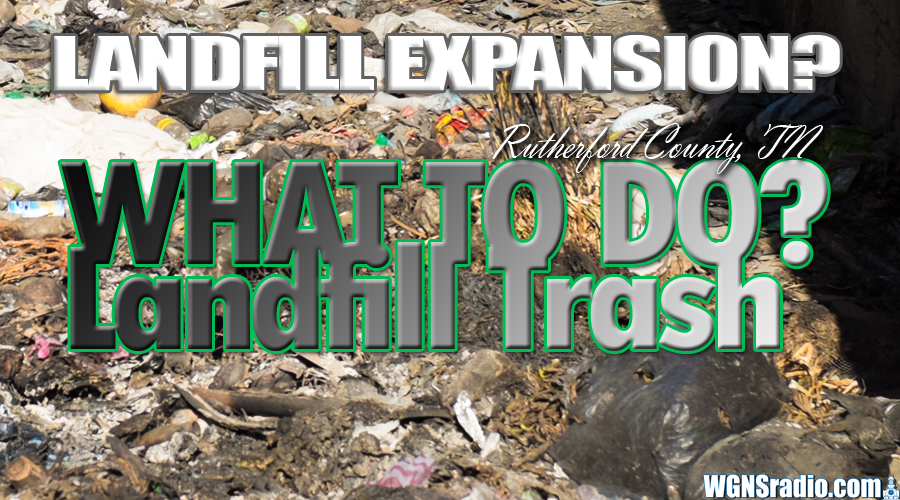 MURFREESBORO, Tenn. — Pursuant to a recent court ruling by the Chancery Court in BFI vs. Regional Board, the Central Tennessee Regional Solid Waste Planning Board is accepting requests from “interested persons.” The requests would expand or restrict the current record provided in court proceedings related to the Middle Point Expansion application last summer.

The request to expand or restrict the
ADVERTISEMENT
current record must meet the following criteria:

1. The request is submitted in writing or electronically;

2. The request briefly describes the reason for the request made to the Board;

3. The request includes the information to add or subtract from the record;

4. The request is delivered by NOON on Friday, February 4, 2022 by either email to Chairman Bill Brockbillbrock9000@gmail.com, or by mail or in-person delivery to: Rutherford County Mayor, Attn: CTRSWPB, County Courthouse, One Public Square, Room 101, Murfreesboro, TN  37130; and

5. The request includes contact information for the person regarding the request

The Board will consider the requests and determine whether the additional information should be included in the administrative record at its February 8, 2022, meeting. For purposes of this process, an “interested person” does not include any citizen or resident who spoke at the June 28, 2021 or July 9, 2021 proceedings.  The current record already contains and will continue to contain all of those comments.

On December 20th, Davidson County Chancery Court Judge Russell T. Perkins ordered that, in light of newly discovered evidence, the application of a Republic Services’ subsidiary to construct a new landfill be returned to the Central Tennessee Regional Solid Waste Planning Board so the Board can “consider all appropriate matters” related to the proposed landfill.

In July, the Board denied Republic’s proposal to construct a new landfill adjacent to its current operations at Middle Point. After that decision, Republic, through its subsidiary BFI Waste Systems of Tennessee, filed a lawsuit to overturn the Board’s unanimous decision. The City joined that lawsuit in November. On December 3rd, the Board and the City asked the Court to reopen the landfill expansion proceedings to hear new information that the City recently pieced together from records at the Tennessee Department of Environmental Conservation (TDEC).

The additional evidence, which was recently discovered and pieced together by the City, relates to industrial aluminum waste buried in the landfill from the mid-1990s until 2007. Whether the Board should be allowed to consider this information had become a central issue in the lawsuit.

Republic’s proposal calls for the construction of a new landfill on 99 acres along Jefferson Pike. The proposed site is adjacent to the existing 200-acre Middle Point Landfill located along the East Fork of the Stones River. Under state law, the Regional Planning Board is required to consider and either approve or deny Republic’s application before TDEC can commence its own review.

At a public meeting held on July 9, the Board voted unanimously to reject the application, upon a finding that Republic’s proposal was incompatible and inconsistent with Rutherford County’s 10-year solid waste plan. That decision came after a June 28 public hearing where dozens of residents spoke in opposition to the proposed landfill. The Board, in making its decision, cited the strong, noxious odors emitted from the current landfill and concerns about what impact an even larger area of landfill might have on the health, safety, and quality life of local residents. Unless overturned in court, the Board’s vote to reject Republic’s application precludes TDEC from approving the new landfill.

In addition to supporting the Board’s decision, the City has notified TDEC that Republic has not filed an application for the new proposed landfill with the City as required by state statute. This statute, commonly known as the Jackson Law, grants the City legal authority to approve or disapprove landfill construction projects located within one mile of the City. Republic proposed new landfill is within that jurisdictional area. By law, TDEC is precluded from reviewing Republic’s proposal if the City rejects Republic’s application.