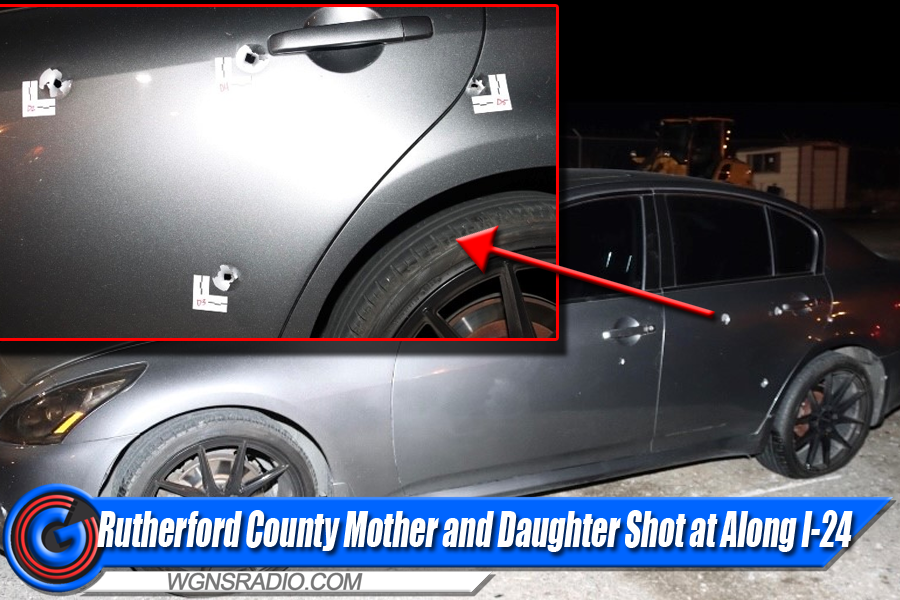 In the nearby Antioch area, Metro Nashville Detectives are asking for the public’s assistance in identifying the driver who shot at a Rutherford County woman and her two children. The shooting incident occurred along I-24 East this past Sunday evening.

The 32-year-old victim from Rutherford County reported that she and her daughters, ages 7 and 12, were driving on the interstate between the Hickory Hollow and Old Hickory Boulevard exits when an unknown vehicle opened fire to the driver’s side door of her Infiniti, striking her in the left side and her 12-year-old daughter in the hand.

ADVERTISEMENT
The Infiniti was struck by at least five bullets. The victim stated she was driving normally and did not believe this was a road rage incident. Multiple vehicles traveling on the interstate at the time were swerving to avoid the gunfire so the victim could not identify which vehicle was responsible.

She and her 12-year-old daughter were taken to Vanderbilt University Medical Center with minor injuries.

Scroll down to continue reading and learn how you can help police...

Continued - Shooting Incident on I-24 East

Can you help Metro Nashville Police?

Anyone with information on the driver or vehicle involved is being asked to call Crime Stoppers at 615-742-7463. Callers can remain anonymous and qualify for a cash reward.