If signed into law, new bill to increase liability protections for police departments and officers during pursuits in Tennessee 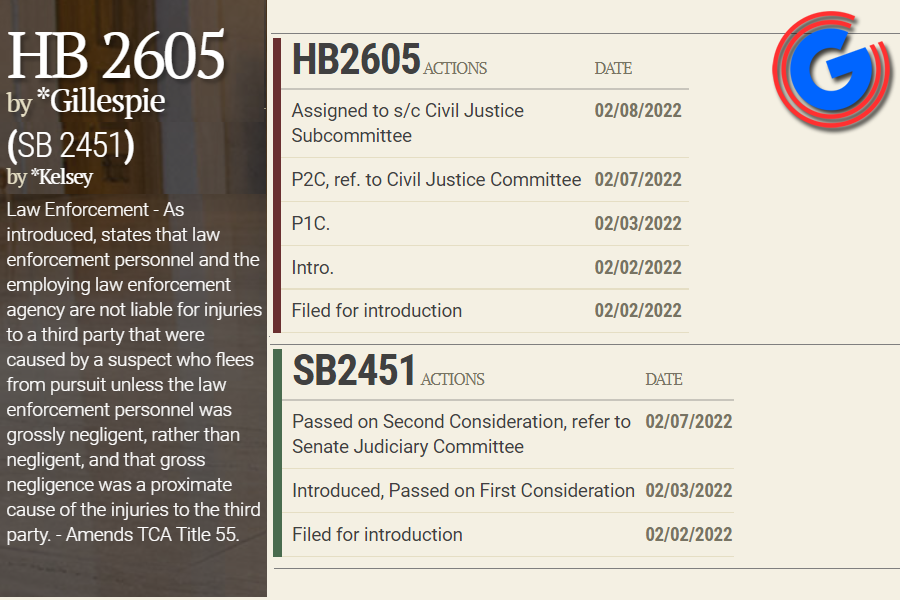 ADVERTISEMENT
“This legislation only protects law enforcement officers who follow the proper policies and procedures while pursuing a fleeing suspect,” said State Rep. John Gillespie, R-Memphis. “It is important that officers and their departments still be held accountable for any third-party injuries caused by grossly negligent conduct.”

On February 3rd, the bill was introduced and passed the Tennessee senate (SB2451) on first consideration. It was then referred to the Senate Judiciary Committee.

In the House, it was assigned to the Civil Justice Subcommittee on Tuesday, February 8th.

Before it becomes law, it will first have to be approved by the full House and Senate and then sent to the Governor to be signed.