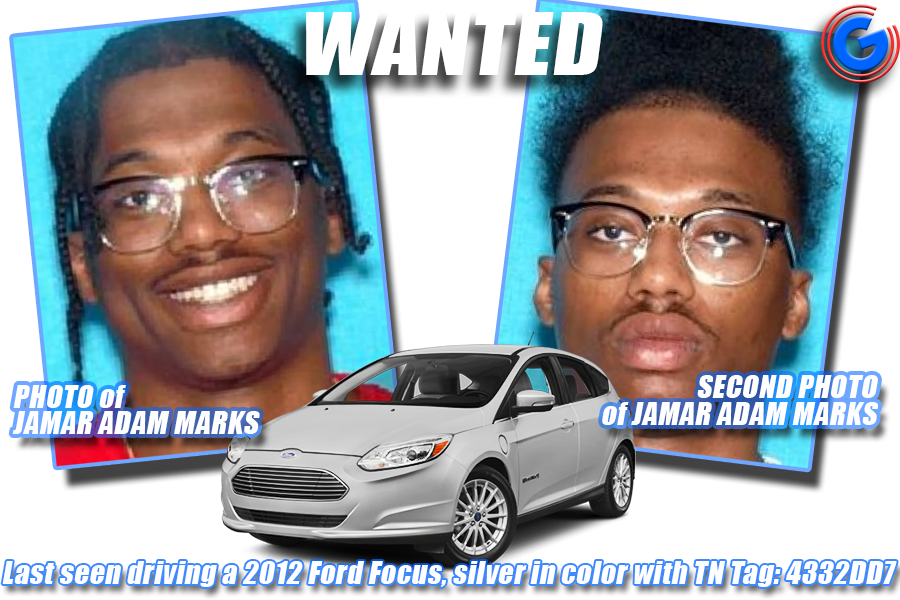 (MURFREESBORO)  More on the early Saturday morning (2/12/2022) shooting in the parking lot at Habibi Hookah Café (1644 Middle Tennessee Blvd.). Warrants have been issued for Jamar Adam Marks. Police feel that the suspect may be in Nashville.

A #TNMostWanted Alert has been issued on behalf of the Murfreesboro Police Department for Jamar Adam Marks on charges of First Degree Murder, Attempted First Degree Murder, three counts of Aggravated Assault, Reckless Endangerment, and Possession of a Weapon by a Convicted Felon.

ADVERTISEMENT
Marks is 21-years old, around 6-feet tall and weighs approximately 160 pounds. He has black hair and brown eyes.

Jamar Marks should be considered armed and dangerous.

A reward of up to $2,500 is being offered for information leading to his arrest.

Preliminary reports indicate that an argument between two individuals broke out in the parking lot before gunfire erupted.

Police indicate that 35-year old Brandon Anderson of Murfreesboro was attempting to break-up the argument. When shots were fired Anderson, along with two of the persons fighting and two bystanders were hit by bullets.

All were rushed to the ER where Anderson died and one of the others remains in critical condition. The other three were treated and released.