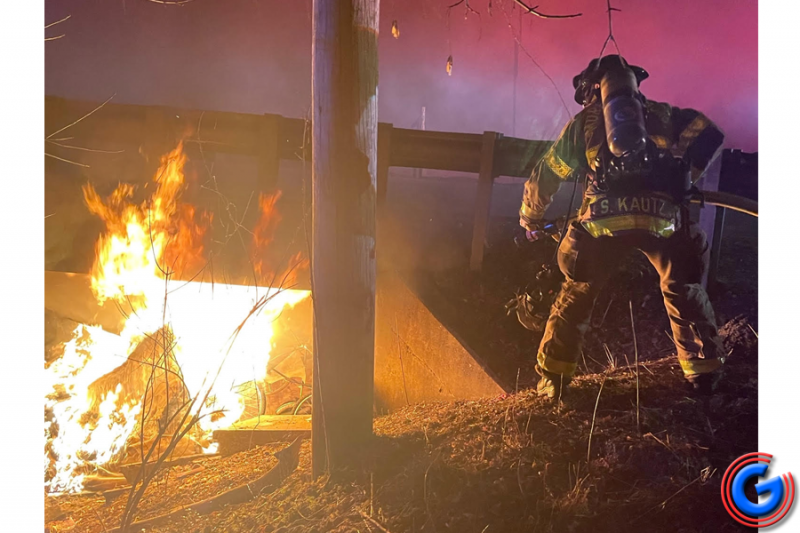 (MURFREESBORO)  Shortly before 10:00 o'clock Wednesday night (2/16/2022), a downtown explosion at Old Salem Road next to the railroad tracks was heard as far away as ten miles away, according to phone calls received at WGNS RADIO (Click photo above this news story to see more pictures).

Murfreesboro Fire-Rescue was on-the-scene almost immediately fighting the flames from the roadway that were billowing under the bridge that crosses Lytle Creek. The source of the explosion and blaze that followed was believed to be a propane tank that exploded.

ADVERTISEMENT
Police reported that the explosion shattered several windows at the nearby Clearview Apartments at 602 Old Salem Road.

The explosion and fire were under the Old Salem Road bridge, which was the site of a homeless camp. At least one tent and someone’s belongings under that bridge were destroyed in the fire.

Police received calls from all over the community from residents not knowing where the sound came from.

An investigation is underway to determine what caused what was believed to be a propane tank to explode on Wednesday night. WGNS NEWS will keep you informed.