Opioid abuse continues in Rutherford County and Throughout Tennessee 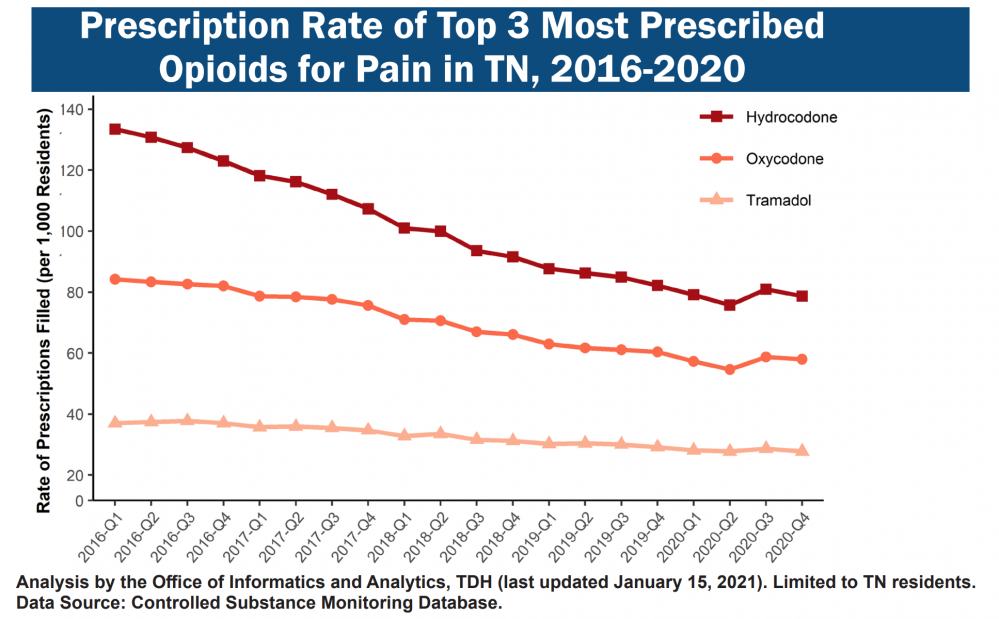 Opioid abuse continues to be a concern, despite efforts by the state to limit the number of pills that can be prescribed to patients. Erica Herndon with the Prevention Coalition for Success explains how some people don't even realize they are hooked on drugs like Oxycontin, until their prescription runs out...

Tennessee is among the hardest-hit states when it comes to the opioid epidemic. The story of its impact is often told in numbers. For example, there were 1,268 opioid overdose deaths in Tennessee in 2017. In 2018, the Volunteer State recorded 1,304 overdose deaths caused by opioids - that same year, there were more than 6-million opioid prescriptions written in Tennessee.

Rutherford County Sheriff's Department Sgt. James Davis said the current opioid epidemic is not the first of its kind in Tennessee...

In 2020, there were 126 drug overdose deaths  in Rutherford County.

While abuse numbers stand out, there were millions of prescriptions written by doctors to patients with legitimate pain control needs... patients who did not abuse their prescription after surgeries, car accidents and more.

The state has reported that approximately 70,000 Tennesseans are addicted to opioids. That number includes drugs like heroin, synthetic substances such as fentanyl and carfentanil, and prescription pain relievers such as oxycodone, hydrocodone, and morphine.

To learn how you can get involved in helping to reduce the numbers, contact the Prevention Coalition for Success by visiting them online (HERE). The non-profit has a goal to connect communities to reduce substance abuse and violent crime.

The Tennessee REDLINE (1-800-889-9789) is a service that provides addiction information and referrals to Tennessee residents at their request. The service is provided by the Tennessee Association for Alcohol, Drug and other Addiction Services through a contract with the Department of Mental Health and Substance Abuse Services.