Schools Closed Early on Thursday out of Safety Concerns for Local School Buses as Wind Speeds Reached 45 MPH Between 3PM and 4:50PM 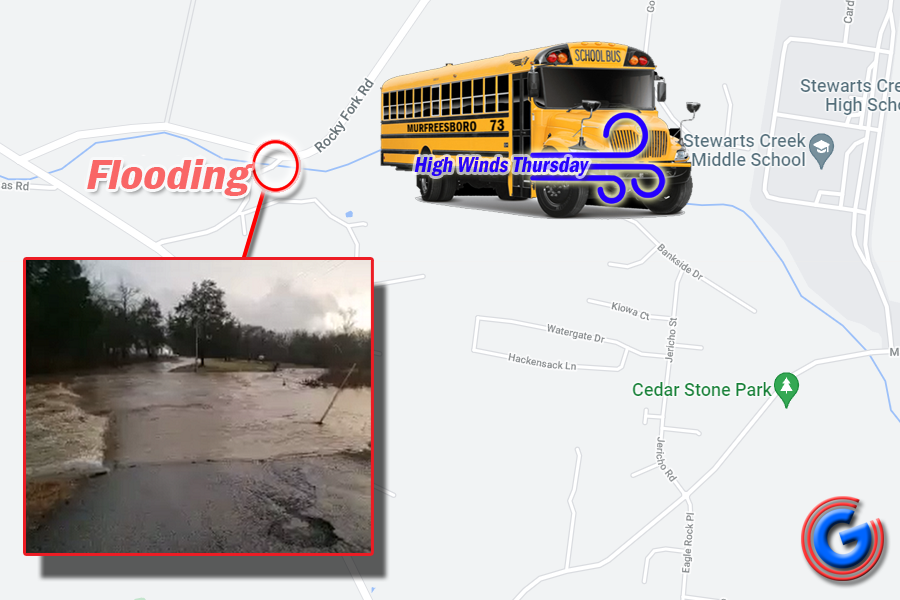 High winds were the biggest concern going into Thursday (yesterday, 2/17/22), as both Rutherford County and Murfreesboro City Schools announced that they’d be closing three hours earlier than usual (yesterday, 2/17/2022). The goal was to make sure that students, especially those who ride a school bus, made it home safely before the high winds hit, according to Murfreesboro City Schools Spokesperson Lisa Trail…

ADVERTISEMENT
Trail said that schools worked hard to ensure that children had lunch before leaving early.

On Thursday afternoon, the average wind speed between 3 PM and 4:50 PM was 16.2-miles-per-hour with wind gusts up to 45-miles-per-hour. Those speeds were recorded during some of the key school bus drop off times in Rutherford County.

Below video from the RCSO: