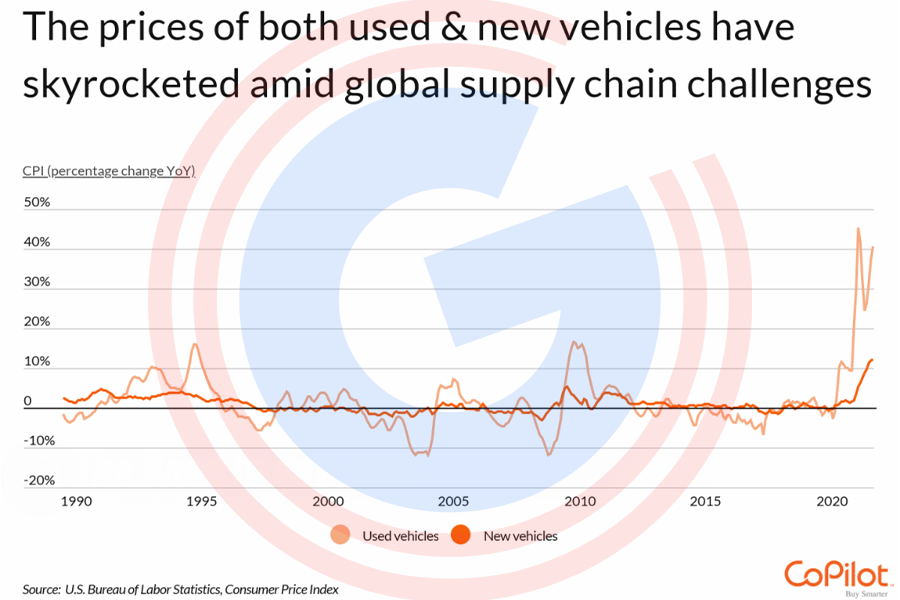 One of the most significant economic stories of recent months has been the rapid growth in inflation. Recent Consumer Price Index data from the U.S. Bureau of Labor Statistics revealed that consumer prices had increased by 7.5% from January 2021 to January 2022. These figures continued a trend of historically unusual month-over-month and year-over-year price increases dating back to the spring of 2021.

ADVERTISEMENT
Many economists attribute the current period of inflation to several factors related to the pandemic. One is robust government stimulus: through a series of relief efforts, the federal government has pumped money into the economy over the last two years to support businesses and households through interruptions from COVID-19. The relative strength of the economy has given households more money to spend, and this has helped boost consumer demand. In particular, consumers are spending more on physical products than on services. However, ongoing challenges with the global supply chain have made it difficult to manufacture and ship products amid this increased demand. With supply unable to keep up with demand, many categories are seeing prices rise.

One of the categories where these dynamics have been felt most strongly is the market for new and used cars. Demand for vehicles has shifted sharply during the pandemic, dropping early in 2020 but recovering to near pre-pandemic levels since. However, shortages of semiconductor chips and other supply problems have made it difficult for car manufacturers to keep up with demand. This has meant that fewer new cars are coming on the market, which has increased the demand—and prices—for used vehicles. As a result, the Consumer Price Index for used vehicles was up more than 40% from January 2021 to January 2022, with prices for new vehicles up 12.2% over the same span.

But spending on vehicles and related categories also shows how dynamics around supply, demand, and prices are shaking out differently by sector. While total spending on new and used motor vehicles increased from 2019 to 2020, other categories saw declines in total spending. Total spending on fuels, lubricants, and fluids dropped by more than 25%, and maintenance and repair and other services also saw slight declines. Differences in supply chains across these categories, reduced travel, and the aforementioned lower demand for services help explain why related expenses have not seen corresponding increases in spending as vehicle prices have increased.

Spending in the new and used car market is also different based on geography. While the total annual dollar value spent on new vehicles exceeds that for used vehicles in every state, some states allocate far more towards used vehicles than average. Most of the states where used vehicles represent a larger portion of total vehicle purchases are found in the central U.S. In many of these states, at least 40% of vehicle sales (in dollars) are accounted for by the pre-owned market.

Scroll down for a deeper focus on where Tennessee ranks with new / used car sales...

The data used in this analysis is from the U.S. Bureau of Economic Analysis 2020 Personal Consumption Expenditures. To identify the states spending the most on used vs. new cars, researchers at CoPilot calculated the percentage of all vehicle sales (in dollars) accounted for by used vehicle purchases. In the event of a tie, the state with the greater amount of used car spending per capita was ranked higher.

The analysis found that in Tennessee, 41.51% of the money spent on vehicle purchases in 2020 was on used cars, compared to 36.44% nationwide. Out of all U.S. states, Tennessee residents spent the 13th most on used vs. new vehicles.

For more information, a detailed methodology, and complete results, you can find the original report on CoPilot’s website: https://www.copilotsearch.com/posts/us-states-where-people-spending-most-on-used-vs-new-cars