UPDATE: Woman Sought and Listed as Endangered with 5-Children LOCATED 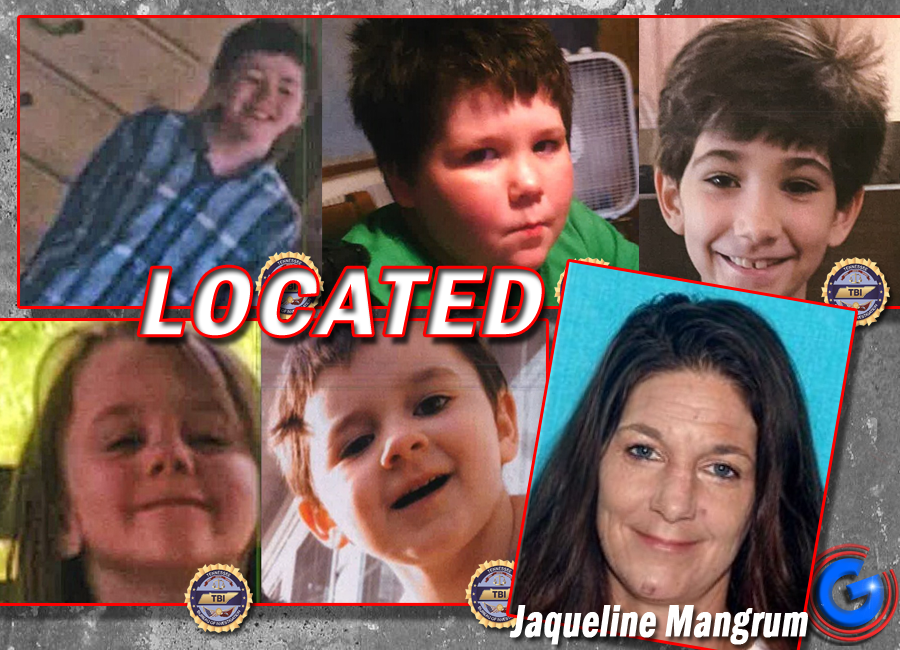 UPDATE: Thanks to a tip to Crime Stoppers, a woman who was sought by authorities and originally thought to be in either Nashville or the Rutherford County area has been located.

Jaqueline Mangrum and the five missing children were located late this past week in Nashville. Mangrum is in custody on a bench warrant from Criminal Court. The children were unharmed and were placed into appropriate care by the Department of Children’s Services.

ADVERTISEMENT
Youth Services detectives previously asked for the public’s assistance in locating the Nashville mother and her five children who were believed to be together, despite a court order prohibiting contact.

Scroll down for more on this story and to learn about past court proceedings...

Continued - Missing woman and 5-children LOCATED this past week...

In past court proceedings last September (2021), Metro – Nashville Criminal Court Judge Mark Fishburn ordered that if Mangrum posted bond, she was to have no contact with her children unless it was through court approved supervision. Youth Services detectives later learned that Mangrum allegedly picked up the children from an out of county relative in January. After Nashville Police learned of her disappearance, they notified the media and put out a bulletin. This past week the woman was located and captured on February 24, 2022.

Bench warrants for Mangrum’s arrest were issued on February 16th charging her with failure to appear in court in the child endangerment case as well as other criminal cases for which she was originally arrested for in 2019 and 2020.

Again, the mother and five children were located this past Thursday (Feb. 24, 2022).