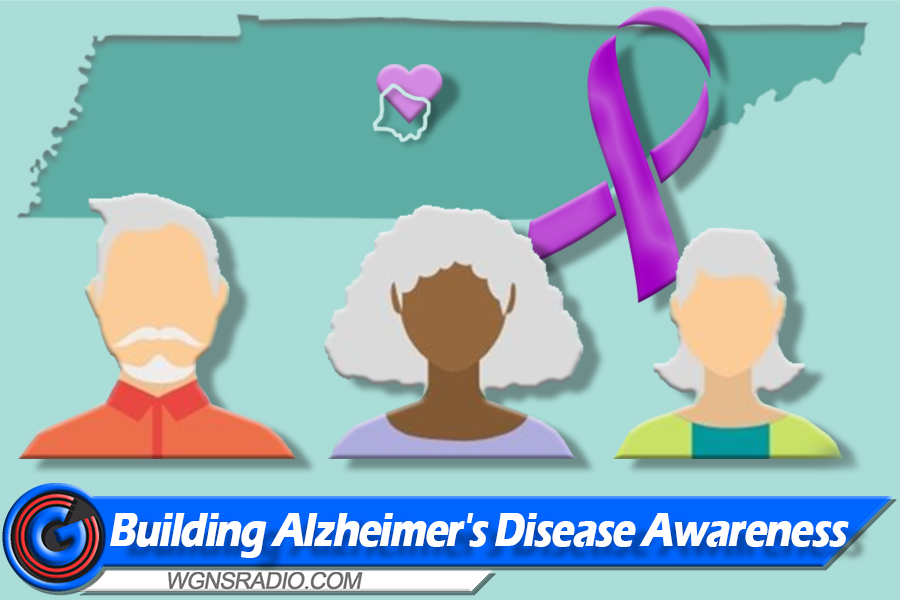 The Tennessee Department of Health (TDH) announced today it was awarded a two-year project to build capacity to promote Alzheimer's disease awareness. This project will support provider engagement, strategic planning, and public awareness of risk reduction, early diagnosis, and treatment. TDH is one of 16 public health departments awarded this capacity-building opportunity under the Building Our Largest Dementia (BOLD) Infrastructure for Alzheimer's Act.

"Approximately 120,000 Tennesseans are living with Alzheimer's disease, and an estimated 357,000 caregivers in the state are providing millions of hours in care per year," said TDH Deputy Medical Director, Division of Family Health and Wellness Dr. Denise Werner. "Our goal is to help Tennesseans understand how to reduce their risks of developing dementia and where to turn if they, or their family members, are showing signs of memory loss."

ADVERTISEMENT
Dementia is a general term for memory loss and decline in other mental functions that interfere with daily life. Alzheimer's disease accounts for 60 to 80 percent of dementia cases. With more than 3,500 deaths per year, Alzheimer's disease is Tennessee's fifth leading cause of death. In addition, the Centers for Disease Control and Prevention (CDC) ranks the state as having the nation's fourth-highest Alzheimer's death rate based on data from 2019.

TDH is creating an awareness campaign for Alzheimer's disease with the funding awarded from the BOLD program. The department is working with statewide partners to expand awareness of Alzheimer's disease, including warning signs, seeking a diagnosis, and lifestyle habits that can help keep your body and brain healthy while reducing your risk of memory loss. The campaign will also encourage patients and caregivers to engage with a primary care provider to screen for dementia and share resources, including the importance of advance care planning with their patients and caregivers.

To learn more about Alzheimer's disease and other dementias and how to get involved with TDH's efforts, visit our website at tn.gov/memoryloss.

The mission of the Tennessee Department of Health is to protect, promote and improve the health and prosperity of people in Tennessee. Learn more about TDH services and programs at www.tn.gov/health.