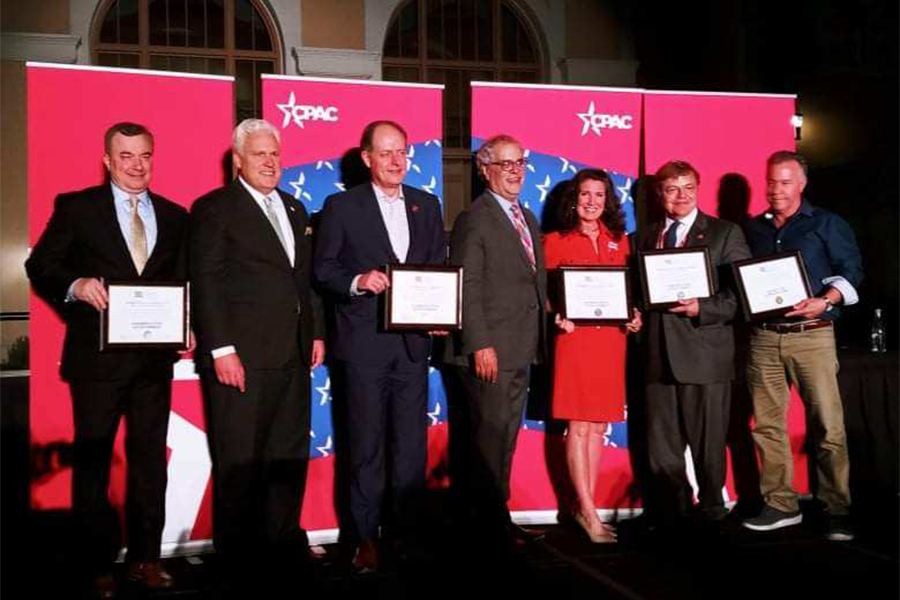 "I would like to thank the ACU for their efforts to stand for the U.S. Constitution,” Sparks said. “Today, more than ever, America needs leaders who are committed to preserving individual rights, protecting our borders and strengthening our economy. Congratulations to the representatives who were honored here at CPAC.”

During the 2021 legislative session, Sparks supported the conservative position 90 percent of the time, according to an ACU analysis of roll call votes. In all, six members of the Tennessee House of Representatives received the award of their support of conservative issues.

Scroll down for more on this news story...

The ACU believes in freedom and that the Constitution of the United States is the best political charter yet created by men for governing themselves, according to its website. It is also the organization’s belief that the constitution is designed to guarantee the free exercise of the inherent rights of the individual through strictly limiting the power of government.

The ACU’s rankings are an initiative of the American Conservative Union Foundation’s Center for Legislative Accountability. They are designed to reflect how more than 8,000 elected officials across the nation view the role of government while illustrating the differences between chambers of the legislature and revealing lawmakers’ positions across 186 policy areas that directly affect citizens.

Mike Sparks represents House District 49, which includes part of Rutherford County. He is a member of the Commerce Committee, Education Instruction Committee and the Finance, Ways and Means Committee and Subcommittee.