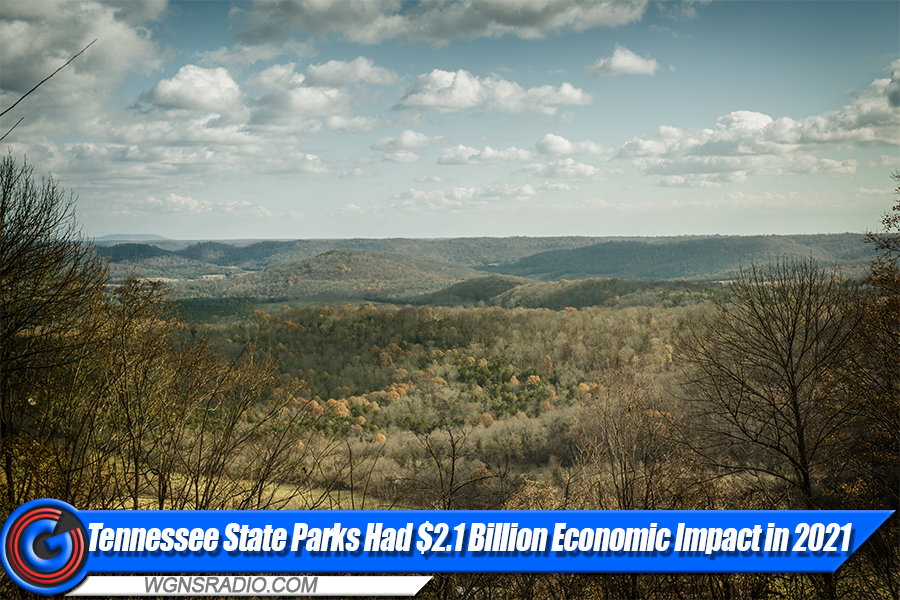 Tennessee State Parks had an economic impact of $2.1 billion in Fiscal Year 2021, as the parks posted 38.5 million visits, according to a report done for the Tennessee Department of Environment and Conservation (TDEC).

“Our parks continue to provide an outstanding experience for visitors and a significant financial boost for our state and local communities,” TDEC Commissioner David Salyers said. “Tennesseans enjoy one of the best parks systems in the country, and these numbers reflect the impressive performance of our parks across the state.”

ADVERTISEMENT
The figures for FY21 show a steady climb in recent years in economic impact and number of visits. Cumulatively in fiscal years 2019-21, Tennessee State Parks had an economic impact of $4.3 billion, with 109.7 million visits. The figures reflect parks activity through lodging, shopping and recreation spending. Tennessee State Parks is one of only seven state parks systems in the country that do not charge admission fees.

The economic impact of Tennessee State Parks in FY2020 was $1.84 billion with 34.7 million park visits.

“We saw an increase in visitors to our state parks when the pandemic hit, and these figures show the parks continue to be a strong source of enjoyment and an economic lift for communities,” TDEC Deputy Commissioner Jim Bryson said. “This success is the result of hard work by our parks staff and continued investment in the parks. We are grateful to the Tennessee General Assembly for the support that makes state parks an economic engine.”

Tennessee State Parks last year was named among the top four parks systems in the nation by the American Academy for Park and Recreation Administration, in partnership with the National Recreation and Park Association.

The economic impact report was conducted by Impact DataSource, an economic consulting firm based in Austin, Texas. The report also relied on visitor spending data collected by the University of Tennessee Human Dimensions Research Lab. Both were in consultation with TDEC staff.