Follow-Up: 15.532 Pounds of Methamphetamine off the streets, Thanks to Rutherford County Sheriff Deputies 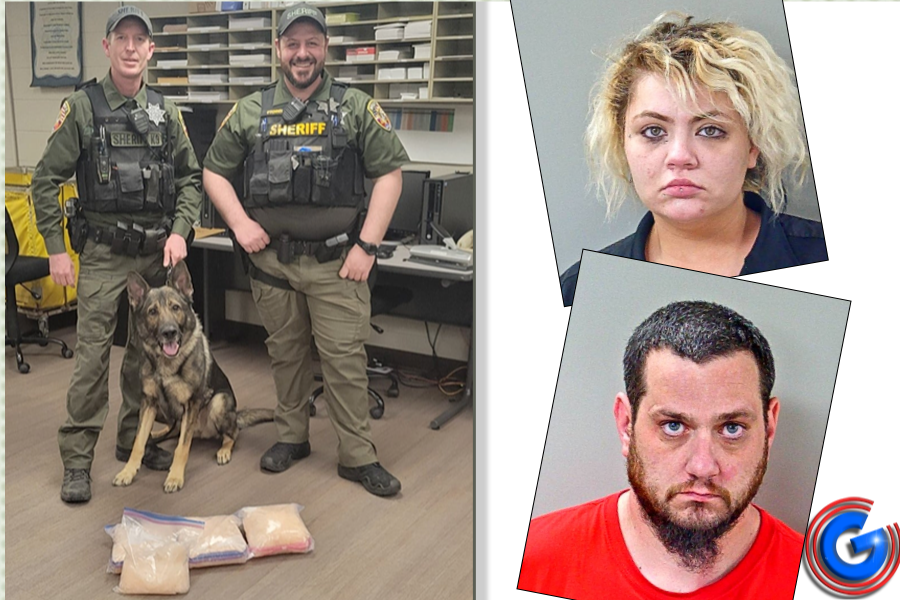 Follow-Up – Rutherford County, Tenn. - Patrol deputies recovered $46,000 worth of methamphetamine in a recent arrest that started with a traffic stop.

More than 15.5 pounds of methamphetamine worth $46,000 was seized during the traffic stop this past Thursday. The stop was made outside of a La Vergne convenience store, a Rutherford County Sheriff’s lieutenant said.

After Deputy Cody O’Donnell approached the driver, a clerk told him a woman from the same vehicle left drugs in the restroom, said Lt. Derek Oeser.

“After a positive K-9 alert was detected, a search of the vehicle resulted in the seizure of 15.532 pounds of methamphetamine,” Oeser said.

O’Donnell charged 32-year-old David Lee McCoy and 26-year-old Jessica Heather Farmer, both of Louisville, Ky., with manufacture, delivery sale or possession of methamphetamine with the intent to sell. Narcotics Detective Corey Floyd assisted with the investigation

They were booked into Rutherford County Adult Detention Center where they are being held on a $100,000 bond. A hearing is set for June 9th in General Sessions Court.

As of Tuesday (03/08/22) both McCoy and Farmer remain behind bars unable to post bond. They have both been in the local jail since 10AM on March 3rd. The duo will appear in General Sessions Court for a hearing this Thursday,  March 10th.